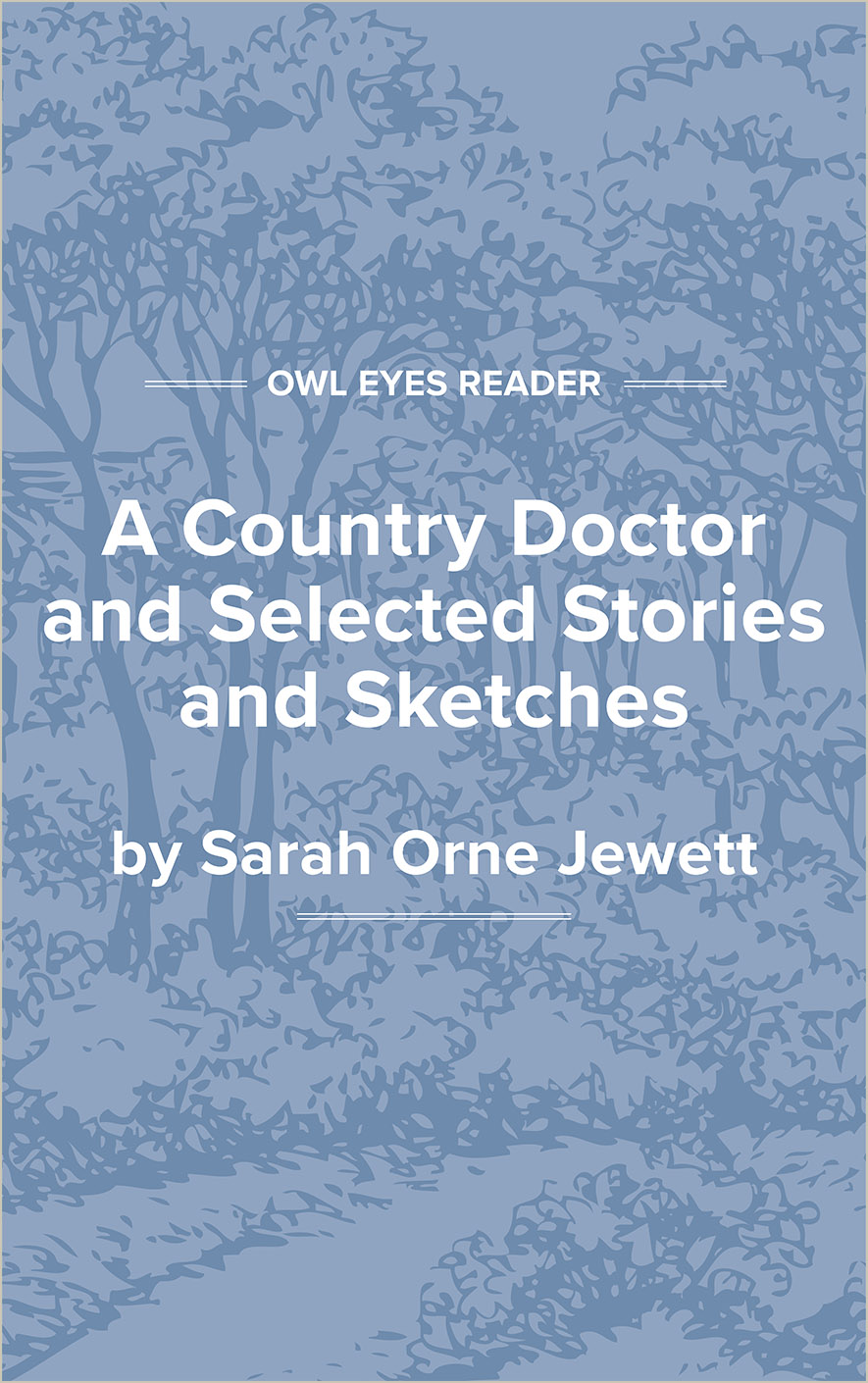 Theodora Sarah Orne Jewett was born in South Berwick, Maine, on September 3, 1849, the second of three daughters of Caroline Frances Perry Jewett and Dr. Theodore Herman Jewett. Her family was wealthy, thanks to an inheritance and to her father’s successful medical practice. She remained financially independent throughout her life and, therefore, felt little pressure to marry or to work for an income.

Jewett’s childhood experiences growing up in southern Maine became the main source of her stories. South Berwick in her time was an abandoned seaport, with memories of grand days when ships from the Maine coast sailed around the world bringing back the riches of Europe and the Orient. As a child, she spent hours listening to her grandfather and his friends spinning yarns of trade and adventure as world merchants. People such as these, who remembered and mourned a better, lost time, became the characters of Jewett’s best-remembered stories. Because she was often unwell as a child, her doctor father took her on his country rounds, where she could benefit from the bracing air and where she met the rural people and learned about the landscape that became central in her fiction.

When Jewett graduated from Berwick Academy in 1866, she was well educated. Her parents had encouraged her to read the classics and more recent works— John Milton, Laurence Sterne, Henry Fielding, Jane Austen, and Alfred, Lord Tennyson Alfred, Lord Tennyson among them—but she seems to have been especially impressed by Harriet Beecher Stowe’s The Pearl of Orr’s Island (1862), which showed Jewett what could be made of her own locale.

She had begun writing poetry and fiction in her childhood, and within a year after graduating, Jewett was submitting stories to magazines under various pseudonyms. Her first published story was “Jenny Garrow’s Lovers” (1868), a melodramatic tragedy of two brothers in love with the same woman. In 1868, Jewett impressed William Dean Howells, who eventually became the powerful editor of The Atlantic Monthly. When he accepted her story “Mr. Bruce” (1868), her career was off to a good start. Though her early stories were generally aimed at teaching good behavior to young girls and so are not of great interest to modern readers, they were widely published. Jewett’s confidence in her writing grew, along with her willingness to experiment. She became interested in essay/sketches of Maine life, some of which she gathered into her first book, Deephaven (1877).

After the death of her father in 1878, Jewett became friends with James T. Fields, publisher of The Atlantic Monthly, and his wife, Annie. This friendship brought Jewett into Boston literary circles. James Fields died in 1881, and Jewett and Annie Fields began to live together. They remained close friends throughout Jewett’s life, traveling often together in the United States and Europe. Jewett divided her time between her childhood home in South Berwick, where she wrote, fished, rode, skated, and walked, and the two residences of Annie Fields, where she conversed with many of the literary eminences of her day. Their circle of friends included Harriet Beecher Stowe, Oliver Wendell Holmes, John Greenleaf Whittier, and Mary E. Wilkins Freeman. In Europe, Jewett met and visited with many of the great writers, including Henry James, Christina Rossetti, and Tennyson.

In this atmosphere, Jewett’s writing flourished. Her short stories continued to appear in popular magazines, and she regularly published book collections. Her second and third longer...