Are you a teacher? Subscribe today to access hundreds of premium teaching resources and lesson plans! close
close
close
close
« Library « Poetry « An Acre of Grass 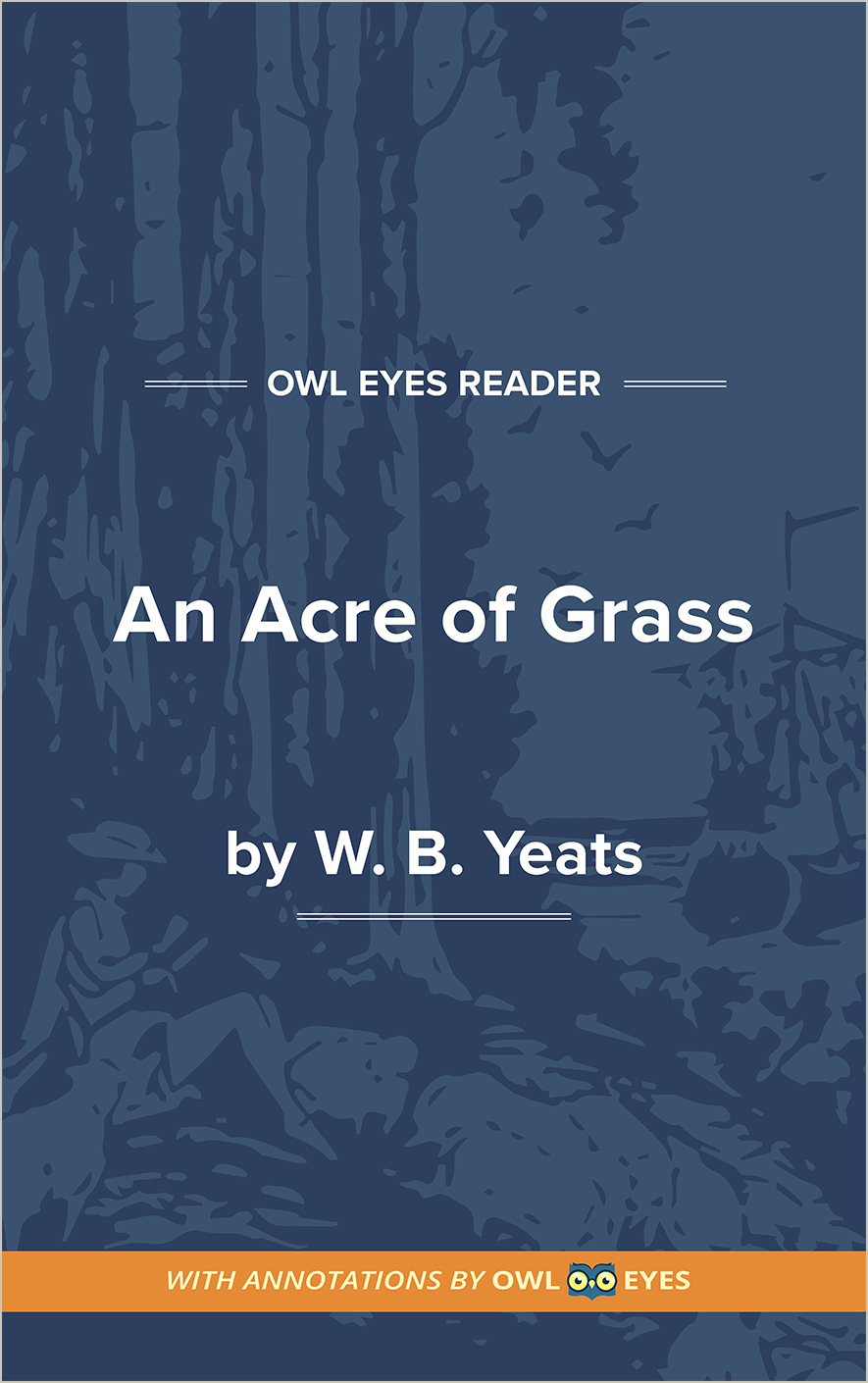 An Acre of Grass

“An Acre of Grass” was written in 1936 when Yeats was 71 years old; the poem was included in Last Poems and Two Plays, a collection of Yeats’s work published in Dublin in 1939 after his death earlier that year. A description of growing old and nearing the end of life, the poem expresses Yeats’s own feelings through an unnamed speaker. Since Yeats never adopted the free verse of modernism, “An Acre of Grass” is conventional in structure. Four sestets or six-line stanzas are written in iambic trimeter with some variations. The rhyme scheme in each stanza is ABCBDD and features both perfect rhymes and slant rhymes or half rhymes. The poem’s few allusions are employed with specific thematic purpose, and as in all of Yeats’s poetry, the imagery is vivid and dynamic and the symbolism is subtle and subject to various interpretations. “An Acre of Grass” offers insight into Yeats’s personal experience with ageing, as a man and as a literary artist.

Poet and dramatist William Butler Yeats (1865-1939) was the first Irish Nobel Laureate, winning the Nobel Prize for Literature in 1923. His literary career began when Romanticism was the prevailing movement in Western literature; his early poems, grounded in the legends and myths of Ireland, reflect the influence of Romanticism in their dreamy content and nature imagery. Charting his own literary course, Yeats moved on from his early work and wrote poetry that reflected life as he knew it and that was imbued with personal and often universal meaning. The advent of modernism in poetry in the early 20th century was meaningless to Yeats, who rejected it as cold, flat, and often pretentious, especially in the overabundance of obscure allusions. He continued to write poetry in his own evolving style.