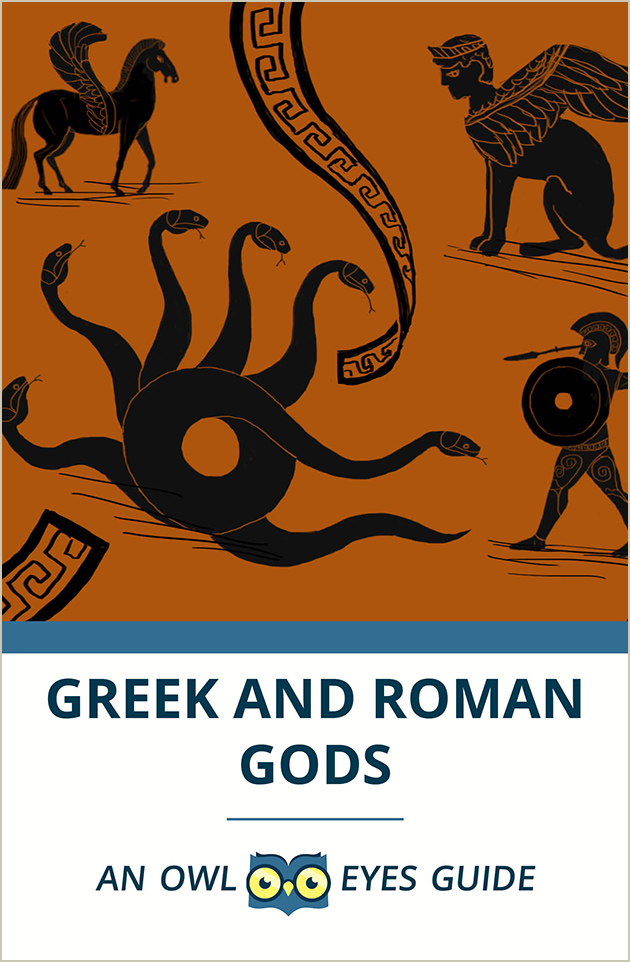 A Guide to Greek and Roman Gods

This Owl Eyes Guide to Greek and Roman Gods and Goddesses is designed to give you a base for understanding these mythological gods as well as the many literary allusions to them and their individual stories that you will encounter in plays, movies, songs, and other aspects of Western culture, due to the phenomenal influence that Greek and Roman mythology has had on it. This guide will help you identify the gods and remember their individual characteristics so that you can better understand the metaphorical power of allusions to their myths. In addition to providing you with a brief history on ancient Greece and Rome, we've also provided a helpful vocabulary list as well as a list of texts from romanticism through modernism that contain allusions to Greek and Roman mythology.