Are you a teacher? Subscribe today to access hundreds of premium teaching resources and lesson plans! close
close
close
close
« Library « Short Fiction « The Adventure of the Final Problem 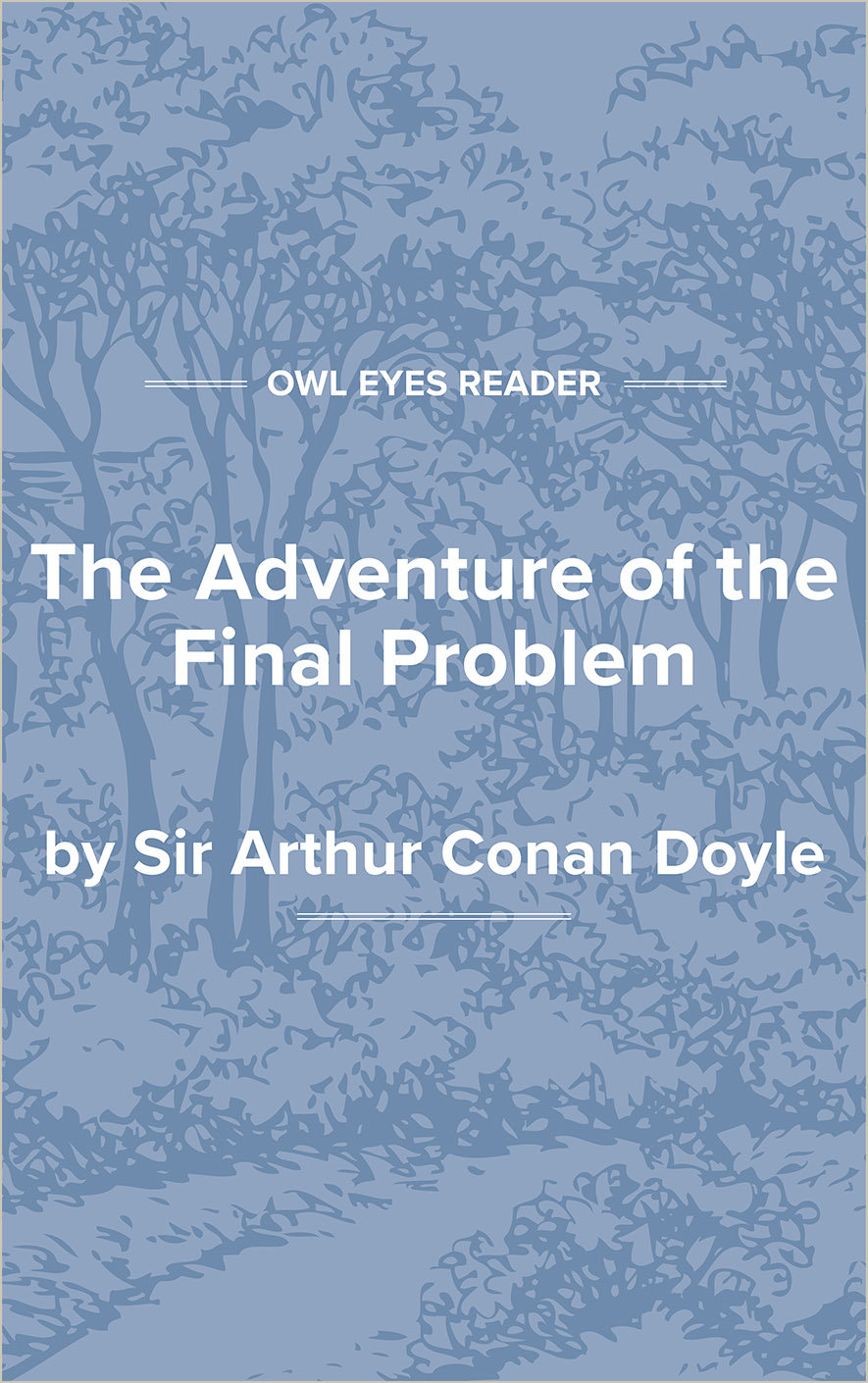 The Adventure of the Final Problem

It is with a heavy heart that I take up my pen to write these the last words in which I shall ever record the singular gifts by which my friend Mr. Sherlock Holmes was distinguished. In an incoherent and, as I deeply feel, an entirely inadequate fashion, I have endeavored to give some account of my strange experiences in his company from the chance which first brought us together at the period of the "Study in Scarlet," up to the time of his interference in the matter of the "Naval Treaty"—an interference which had the unquestionable effect of preventing a serious international complication. It was my intention to have stopped there, and to have said nothing of that event which has created a void in my life which the lapse of two years has done little to fill. My hand has been forced, however, by the recent letters in which Colonel James Moriarty defends the memory of his brother, and I have no choice but to lay the facts before the public exactly as they occurred. I alone know the absolute truth of the matter, and I am satisfied that the time has come when no good purpose is to be served by its suppression. As far as I know, there have been only three accounts in the public press: that in the Journal de Geneve on May 6th, 1891, the Reuter's despatch in the English papers on May 7th, and finally the recent letter to which I have alluded. Of these the first and second were extremely condensed, while the last is, as I shall now show, an absolute perversion of the facts. It lies with me to tell for the first time what really took place between Professor Moriarty and Mr. Sherlock Holmes.