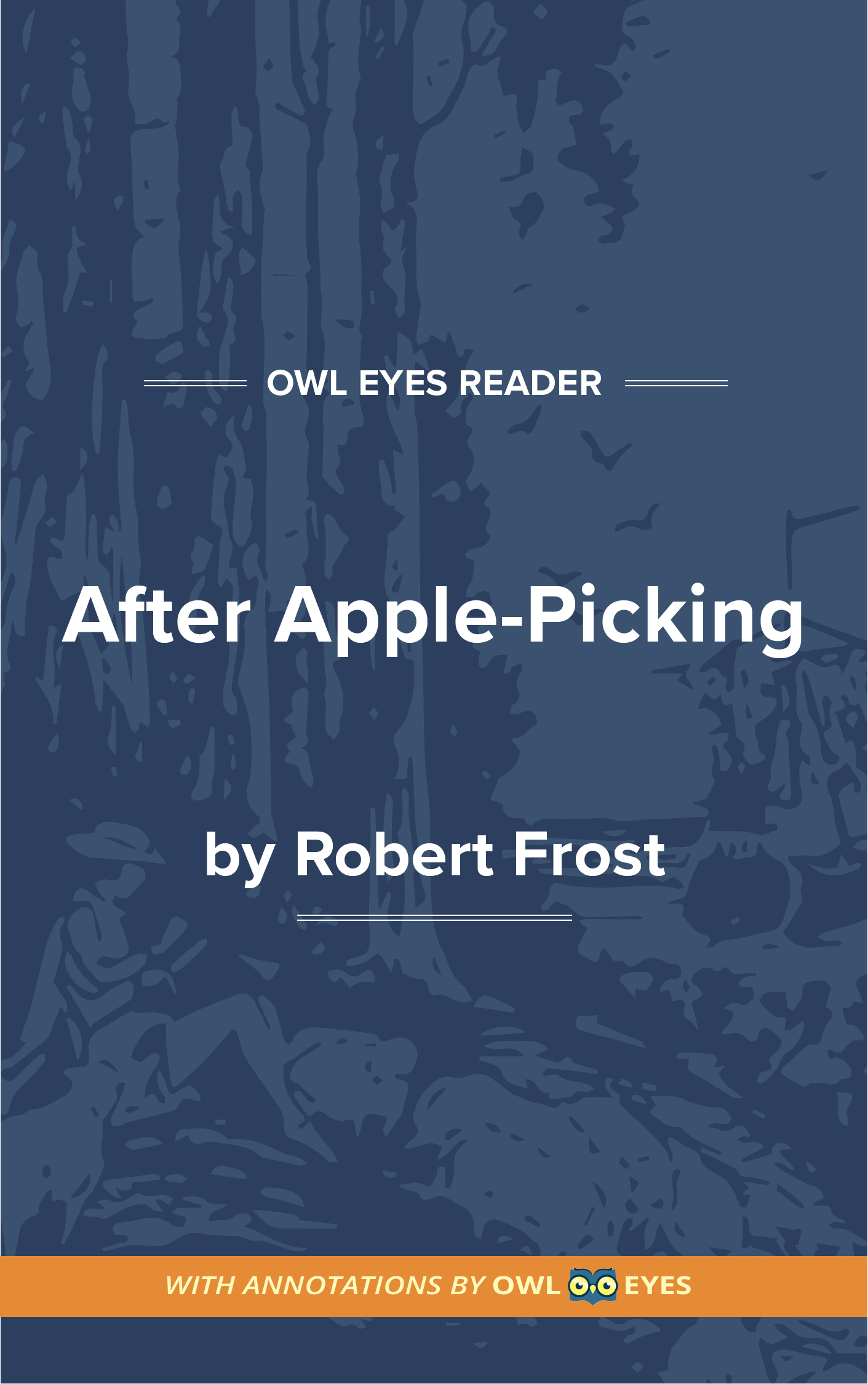 Robert Frost published “After Apple-Picking” in 1914, during the modern period, as part of a collection entitled North of Boston. The poem, set in rural New England, features an extended metaphor comparing apple-picking to a person’s lifetime ambitions and achievements. The speaker, who drifts off to sleep after a long day of apple-picking, describes being distressed about the apples he failed to pick in his dream. Though he expresses momentary contentment with his labor, the speaker ultimately struggles with feeling exhausted and anxious about not having accomplished everything—or picked all of the apples—that he intended.