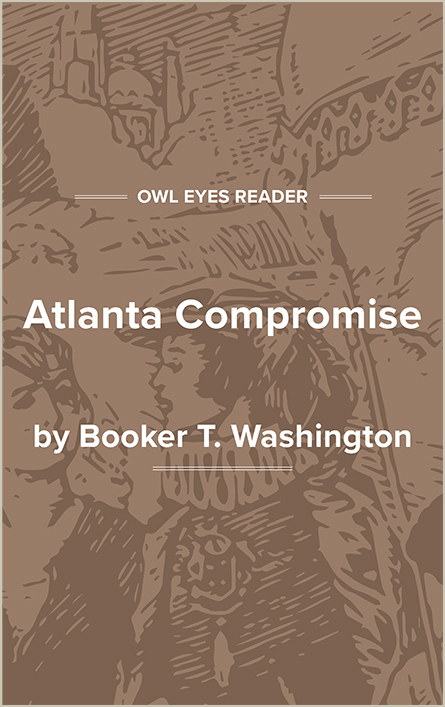 Booker T. Washington’s ethical position is set against the cultural, political, and societal forces of the late nineteenth and early twentieth centuries. His life corresponded with the Reconstruction years and its aftermath, when the South was adjusting to the post-Civil War trauma. The United States was emerging as a powerful industrial nation, and few restraints had been placed on economic competition. The era was dominated by industrialists who amassed great wealth through hard work and shrewd business practices. Some of the wealth, however, was diverted to select philanthropic causes.

By 1881, when Washington became principal of the Tuskegee Normal and Industrial Institute, the status of African Americans, particularly in the South, had eroded. Jim Crow laws, supporting racially discriminatory practices, proliferated. There was growing support in all sections of the country for disenfranchisement. The U.S. Supreme Court, in 1883, overturned that portion of the 1875 Civil Rights Act that had prohibited racial discrimination in the public sector. In 1896, the Court held in Plessy v. Ferguson that “separate but equal” public facilities were constitutional. In this context, Washington lived and developed his ethical and social views.

The Atlanta Address on September 18, 1895, established Washington as a spokesperson for many African Americans, those he called the “masses of my race.” The speech summarized his position on race relations, and it found an enthusiastic audience, especially among white listeners. Thereafter, he was in great demand as a speaker and a national symbol for his race, being publicly recognized by presidents William McKinley, Theodore Roosevelt, and William Howard Taft as well as Queen Victoria of England.

In the Address, he proposed a compromise through which demands for full political and civil rights of African Americans would be exchanged for a share in the economic benefits that were expected to arise out of industrial development in the South. Instead of appealing for political power and recognition, he urged African Americans to establish respect by developing marketable vocational skills. He asserted that prosperity would come “in proportion as we learn to dignify and glorify common labor and put brains and skills into the common occupations of life.” Without confrontation and with practical skills, African Americans could present themselves as law abiding and nonoffensive citizens so that the social standards of the South would not be challenged. In a separate-but-equal appeal he found a willing audience when he said, “In all things purely social we can be as separate as the fingers, yet one as the hand in all things essential to mutual progress.” Social equality was rejected in exchange for “material prosperity [which] will bring into our beloved South a new heaven and a new earth.” Later, when he proposed greater economic cooperation between the races, he was reminded by the white establishment that even business relationships were social and therefore should be treated as separate. His correspondence, however, reveals that Washington was secretly working to combat disenfranchisement and segregation.

Although the Address brought praise and fame to Washington as a nonthreatening voice for African Americans, he was never able to move significantly from the compromise position he had so convincingly established in the speech. Strong opposition to his philosophy of accommodation was vocalized by W. E. B. Du Bois, founder of the Niagara Movement, and, later, executive secretary of the National Association for the Advancement of Colored People. Du Bois was a staunch advocate of full social, civil, political, and economic opportunities and recognition for all African Americans.

Since there was widespread interest in Washington’s life, his 1901 autobiography presented the story of his rise from slavery, his...