Are you a teacher? Subscribe today to access hundreds of premium teaching resources and lesson plans! close
close
close
close
« Library « Fiction « The Beautiful and Damned 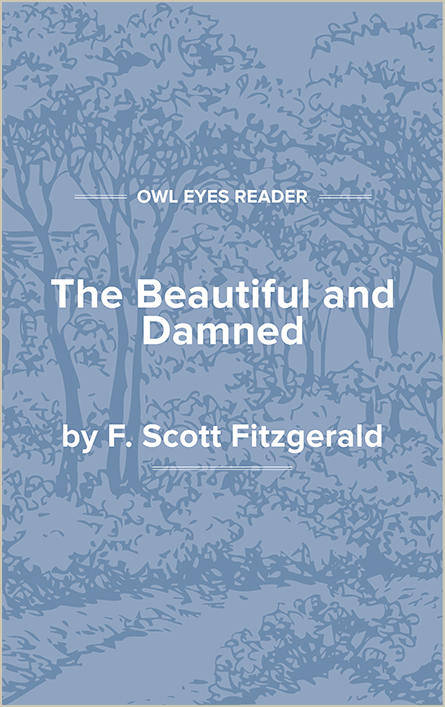 The Beautiful and Damned

In 1913, when Anthony Patch was twenty-five, two years were already gone since irony, the Holy Ghost of this later day, had, theoretically at least, descended upon him. Irony was the final polish of the shoe, the ultimate dab of the clothes-brush, a sort of intellectual "There!"--yet at the brink of this story he has as yet gone no further than the conscious stage. As you first see him he wonders frequently whether he is not without honor and slightly mad, a shameful and obscene thinness glistening on the surface of the world like oil on a clean pond, these occasions being varied, of course, with those in which he thinks himself rather an exceptional young man, thoroughly sophisticated, well adjusted to his environment, and somewhat more significant than any one else he knows.