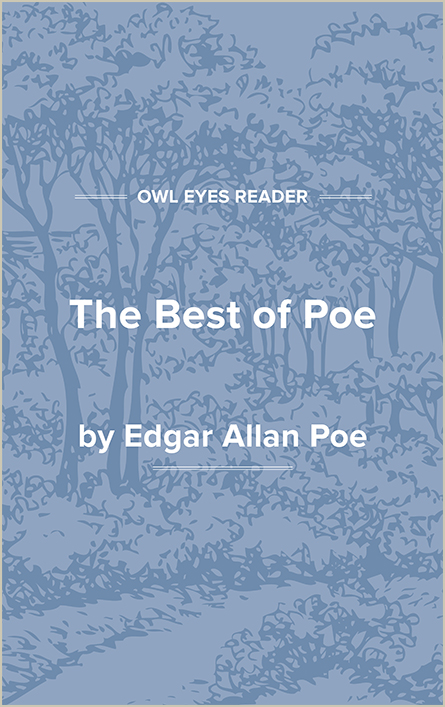 Foreshadowing in The Best of Poe

Foreshadowing Examples in The Best of Poe:

"Perhaps the eye of a scrutinising observer might have discovered a barely perceptible fissure, which, extending from the roof of the building in front, made its way down the wall in a zigzag direction, until it became lost in the sullen waters of the tarn...."  See in text (The Fall of the House of Usher)

This "barely perceptible fissure" will result in the eventual collapse of the entire house of Usher at the end of the story. The author's mention of the fissure is a subtle kind of foreshadowing. There has to be some explanation for the devastating obliteration of the enormous structure in the finale.