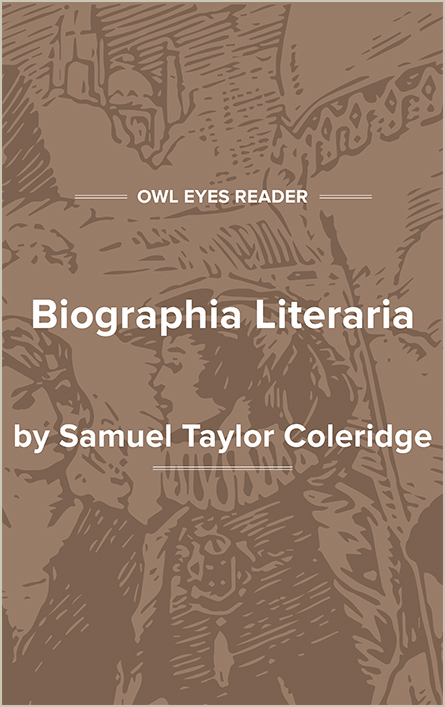 "It has been my lot to have had my name introduced both in conversation, and in print, more frequently than I find it easy to explain, whether I consider the fewness, unimportance, and limited circulation of my writings, or the retirement and distance, in which I have lived, both from the literary and political world. Most often it has been connected with some charge which I could not acknowledge, or some principle which I had never entertained. Nevertheless, had I had no other motive or incitement, the reader would not have been troubled with this exculpation. What my additional purposes were, will be seen in the following pages. It will be found, that the least of what I have written concerns myself personally. I have used the narration chiefly for the purpose of giving a continuity to the work, in part for the sake of the miscellaneous reflections suggested to me by particular events, but still more as introductory to a statement of my principles in Politics, Religion, and Philosophy, and an application of the rules, deduced from philosophical principles, to poetry and criticism. But of the objects, which I proposed to myself, it was not the least important to effect, as far as possible, a settlement of the long continued controversy concerning the true nature of poetic diction; and at the same time to define with the utmost impartiality the real poetic character of the poet, by whose writings this controversy was first kindled, and has been since fuelled and fanned."