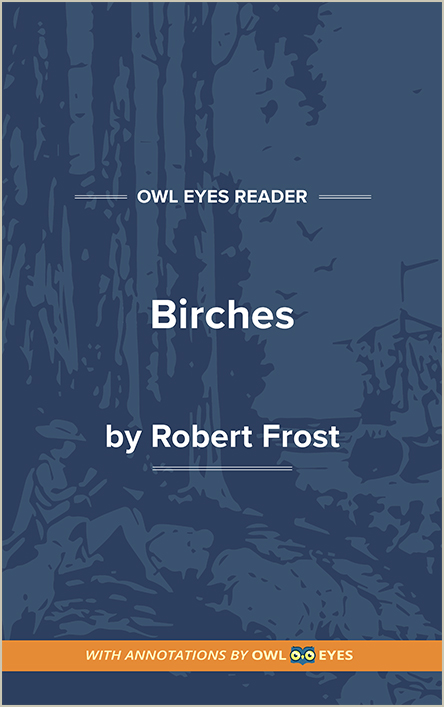 Robert Frost first published “Birches” in his 1916 collection Mountain Interval, his third volume of verse. Like many of Frost’s poems, “Birches” transforms a pastoral scene into a meditation on human existence. Frost’s speaker encounters a stand of birches that have been bent over dramatically. Though he knows that a storm caused the bending, he imagines that it was the doing of a boy who had been swinging on the trees. The speaker follows this line of imagination, drawing up memories of his own boyhood as a “swinger of birches.” In the heights of these reveries, the speaker longs for the feelings of transcendence he had felt as a boy, for his own adult existence is comparatively grueling and baffling. He recalls, and desires, heaven as he stands firmly on earth. As the poem comes to a close, Frost discovers through this tension a kind of humble, bittersweet resolution.