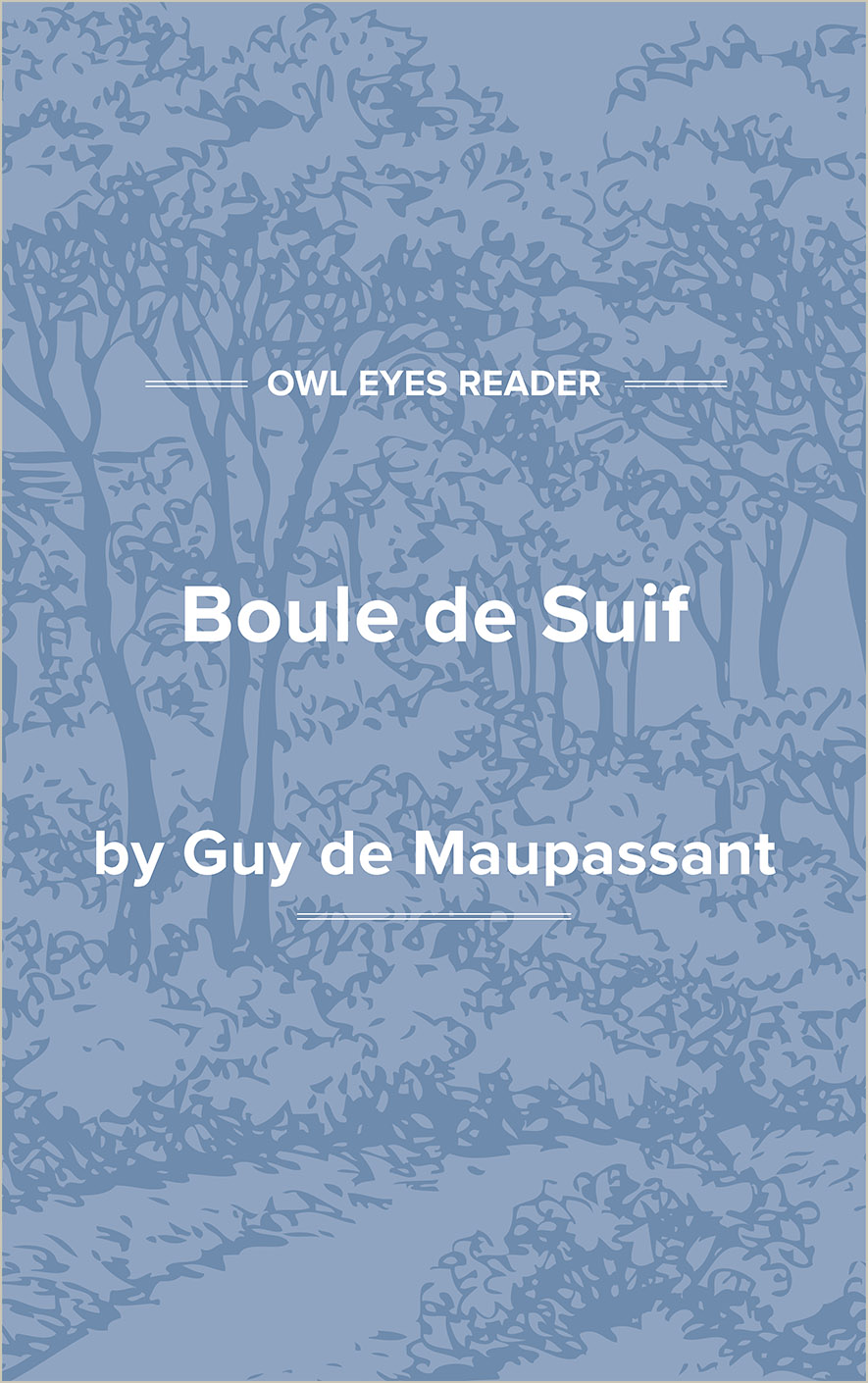 For several days in succession fragments of a defeated army had passed through the town. They were mere disorganized bands, not disciplined forces. The men wore long, dirty beards and tattered uniforms; they advanced in listless fashion, without a flag, without a leader. All seemed exhausted, worn out, incapable of thought or resolve, marching onward merely by force of habit, and dropping to the ground with fatigue the moment they halted. One saw, in particular, many enlisted men, peaceful citizens, men who lived quietly on their income, bending beneath the weight of their rifles; and little active volunteers, easily frightened but full of enthusiasm, as eager to attack as they were ready to take to flight; and amid these, a sprinkling of red-breeched soldiers, the pitiful remnant of a division cut down in a great battle; somber artillerymen, side by side with nondescript foot-soldiers; and, here and there, the gleaming helmet of a heavy-footed dragoon who had difficulty in keeping up with the quicker pace of the soldiers of the line.