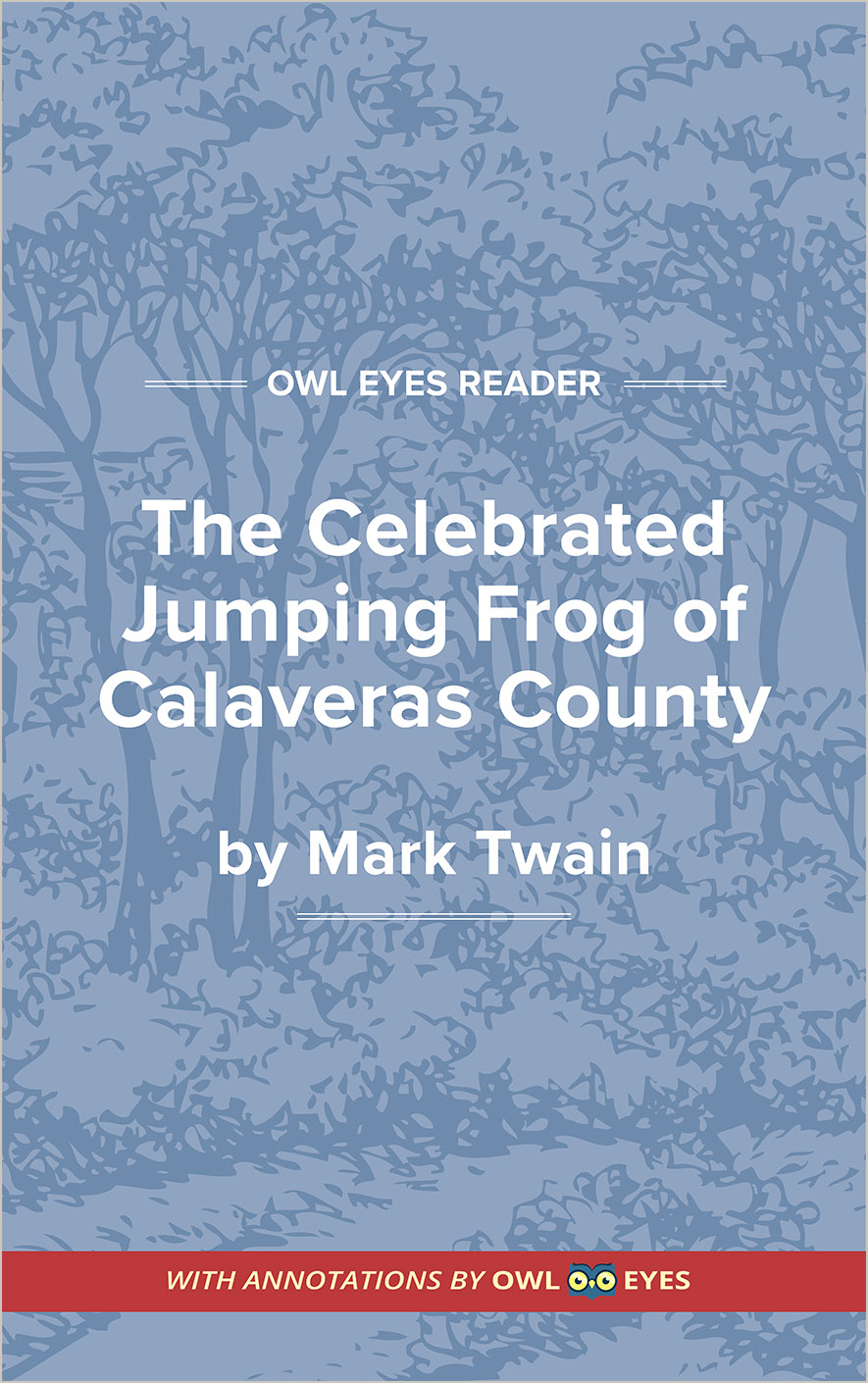 The narrator, urged by a friend from the East, decides to call on Simon Wheeler, a good-natured and garrulous old fellow who resides at Angel’s Camp, a northern California mining settlement. His errand is to inquire about a certain Reverend Leonidas W. Smiley, but he, the narrator, is already half persuaded that Leonidas W. Smiley never existed. Asking about him will only result in releasing a torrent of Simon Wheeler’s boring reminiscences about Jim Smiley.

Simon Wheeler, a genial man, fat and bald-headed, wears a look of perpetual simplicity and tranquillity. As the narrator suspects, Wheeler cannot place Leonidas W. Smiley, but he does recall the presence of a fellow by the name of Jim Smiley who, some years previously, had been an Angel’s Camp inhabitant. Wheeler’s tone never changes, his voice never wavers from a pattern of earnestness and sincerity as he launches into his tale. He never registers anything but the utmost respect and admiration for the two heroes whose adventures he relates.

Jim Smiley, according to Simon Wheeler, was “always betting on anything that turned up.” He would lay odds on either side of a bet, and if he could not find a taker for the other side, he would simply change sides. He bet on horse races, dog fights, and chicken fights. If he had had the opportunity, he would have bet on how long a straddle bug’s flight was between one destination and another—then he would have followed the bug all the way to Mexico, if he had needed to, in order to win a bet. Smiley would bet on anything.

Smiley loved to employ animals in his betting schemes. He had a mare, an old nag really, but he used to win money on her, for all that she was slow and prey to myriad diseases such as asthma, distemper, and consumption. He also had a bull-pup, named Andrew Jackson, that he had taught to fight using a most peculiar strategy. Andrew Jackson always went for his opponent’s hind legs, and, holding these in a vise-like grip, could hold on for a year. Smiley always won money on that pup until he came up against a dog whose hind legs had been sawed off with a circular saw.

One day Smiley caught a frog and took him home, swearing that all a frog needed was a good education—he stayed home for three months educating him. Daniel Webster was the creature’s name, and Jim trained him so well that all he would have to do was yell, “Flies, Dan’l, flies,” and the frog would leap off counters, displaying amazing feats of skill to startled onlookers. A modest frog, too, Daniel Webster was not given to airs despite his great gift of agility. So naturally Jim Smiley began to bet on him, and he would take on all comers. He was exceedingly proud of his frog, convinced that Daniel was the finest example of the species to be...