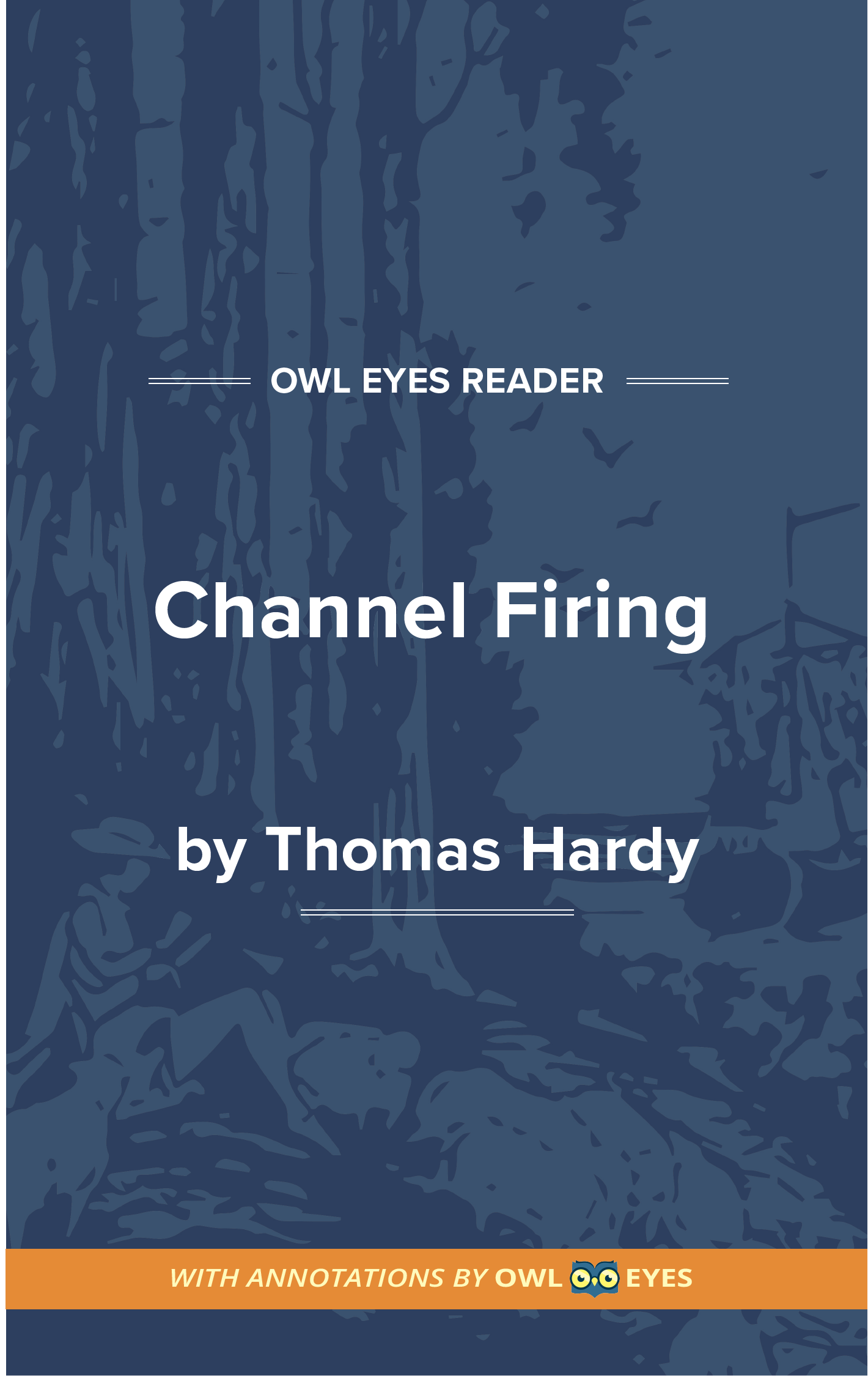 Thomas Hardy wrote “Channel Firing” right before World War I erupted in 1914. In the poem, the dead are disturbed by gunshots firing in the English Channel. They believe that it is Judgment Day, but God informs them that they were awakened by gunnery practice—and that it is fortunate for them that “the judgment hour” has not arrived, because they would be sent to hell for trying to make “red war yet redder.” The dead lay down again, lamenting the violent state of the world as the sound of firing guns continues.