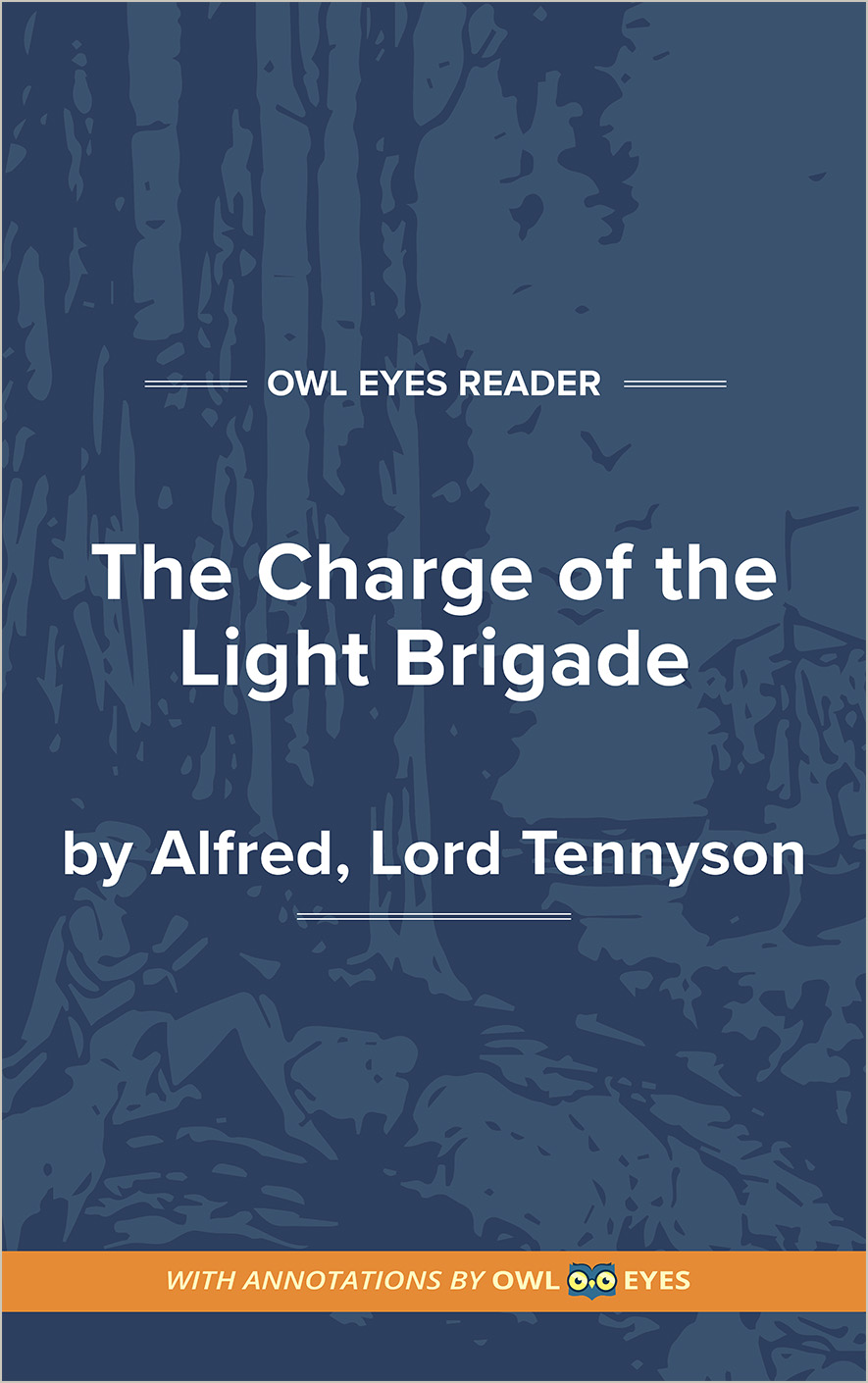 Alliteration in The Charge of the Light Brigade

Alliteration Examples in The Charge of the Light Brigade:

"Cossack and Russian Reeled from the saber stroke Shattered and sundered. ..."  See in text (Text of the Poem)

The alliteration or repetition of the initial “R” sound in “Russian” and “Reeled” and the alliteration of the “S” sound in “saber,” “stroke,” “Shattered,” and “sundered” unite the words in the passage in describing the Light Brigade’s victory in breaking the enemy’s artillery line. The sibilance or hissing of the “S” sound suggests the sound of their sabers slicing through the air during the attack.