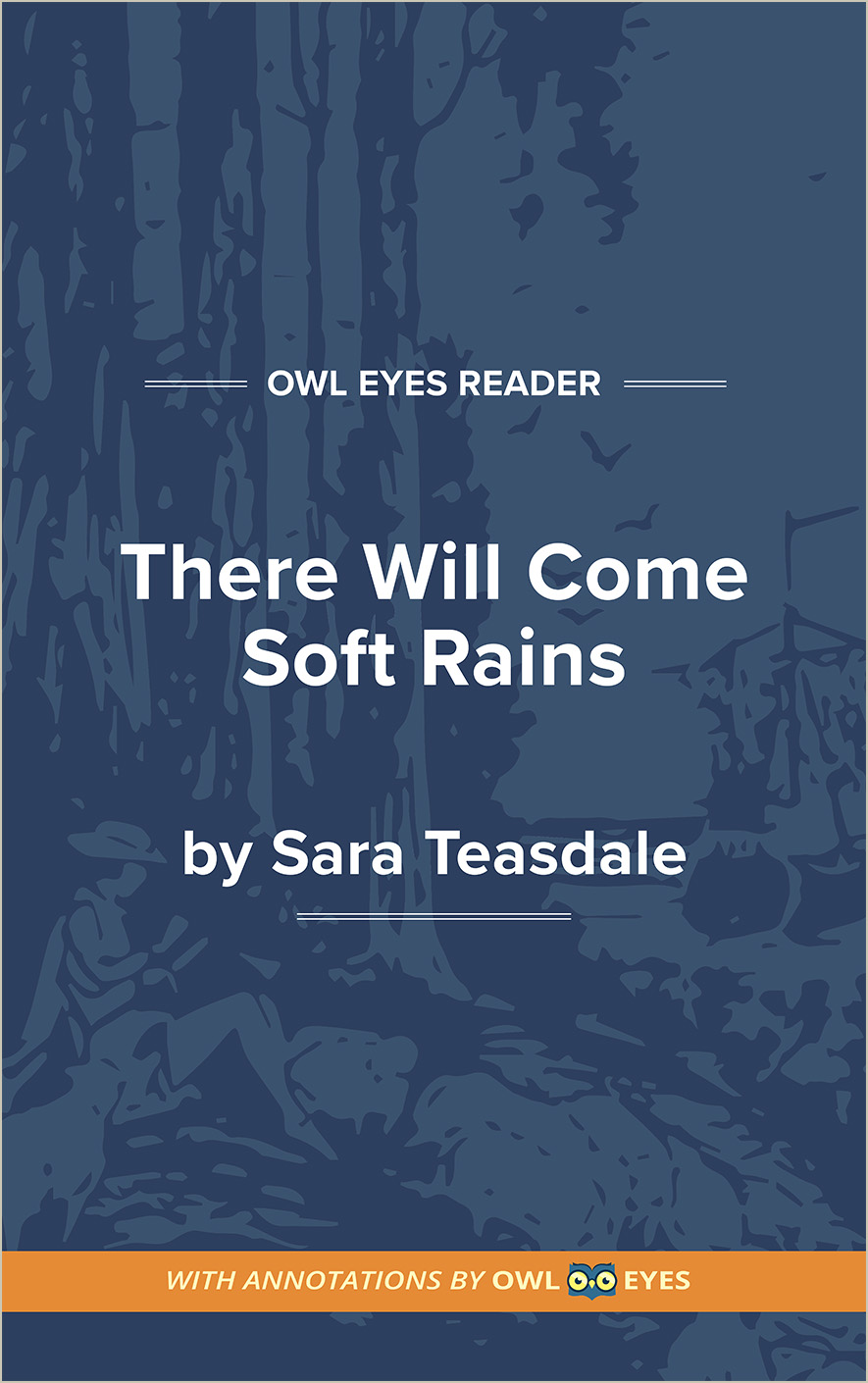 Literary Devices in There Will Come Soft Rains

Literary Devices Examples in There Will Come Soft Rains:

The adjective “shimmering” refers to a visible quality of an object that shines with a flickering light. However, here we have a sound that shimmers, which appears oxymoronic. Teasdale's use of such a phrase likely speaks to the image of the birds flying in the rain while the sun shines, creating a kind of blended tapestry of this idyllic scene.

"Spring herself, when she woke at dawn..."  See in text (Text of the Poem)

This is an example of personification, which refers to instances of nonhuman entities and inanimate objects being given human charactersitics. Here, Spring is presented as a woman. As such, she will take little notice of the war waged by mankind. Nature will go on as it always has, and mans' conflicts will amount to nothing.