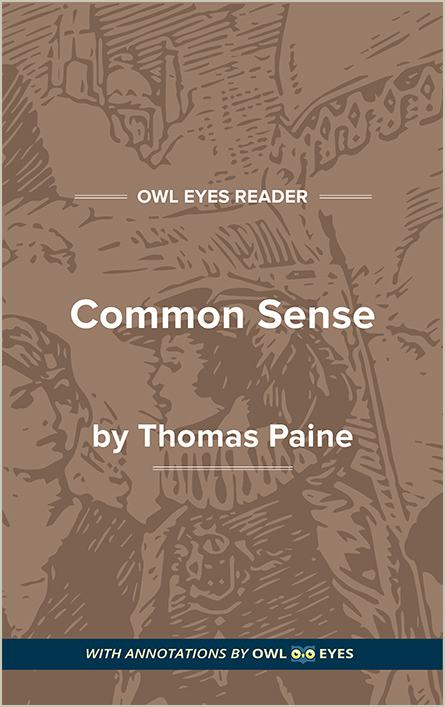 This is one of the more famous lines in "Common Sense," and it explains Paine's belief that people are unlikely to be convinced of something through logic and reasoning alone. Instead, people are more easily persuaded by the passage of time and the opportunity to see the those things come to fruition as time carries on.

II. Of Monarchy and Hereditary Succession

"it is the pride of kings which throw mankind into confusion..."  See in text (II. Of Monarchy and Hereditary Succession)

This is one of the more famous lines in the text and speaks to what Paine believes to be one of the fatal flaws of a monarchical government. By elevating a single man into a position of utmost power over others, monarchy fuels the pride of the king. This pride subsequently pushes the king to act in pursuit of his own best interests, rather than the best interests of his people.