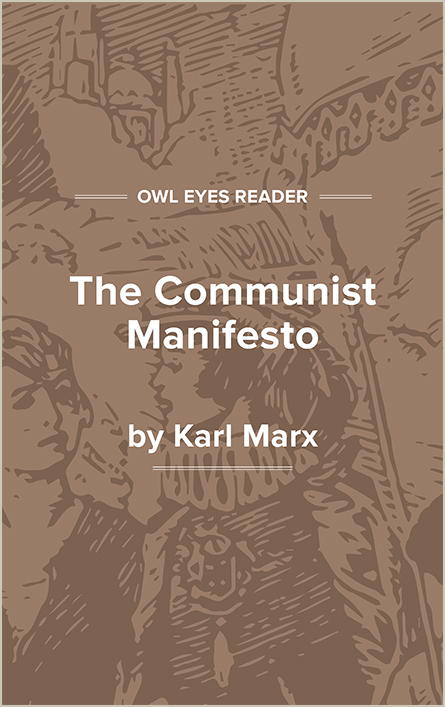 The Communist Manifesto is a masterpiece of political pamphleteering—a work intended to inspire people to action, even revolutionary action. It builds upon descriptions of true social evils and offers a simple diagnosis and simple, if violent, remedies. In conjunction with Karl Marx’s subsequent writings, notably Das Kapital (1867, 1885, 1894; Capital: A Critique of Political Economy, 1886, 1907, 1909; better known as Das Kapital), it has inspired millions of people. Its rhetorical language is magnificent—if overblown and often misleading. “A spectre is haunting Europe—the spectre of Communism.” With this striking opening sentence, the manifesto connects with the incipient radical movement that inspired it. Marx and Friedrich Engels had participated in 1847 in the first international Congress of the League of the Just, which then changed its name to the Communist League. Marx and Engels were commissioned to prepare a statement of the aims and purposes of the movement, which became the manifesto. Within weeks, a series of revolutions had broken out in several European countries, but the Communist League was only a minor element in these developments.