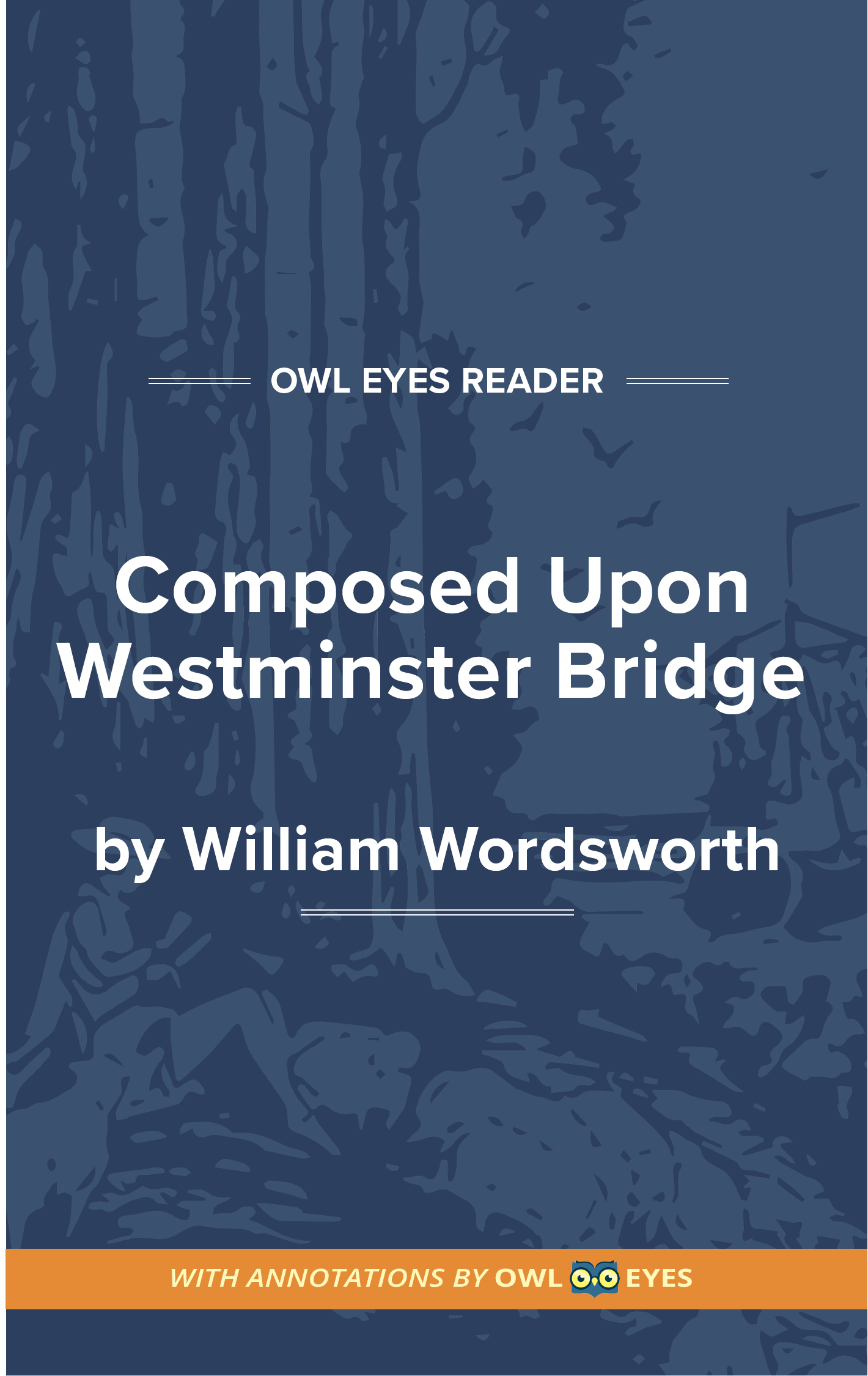 "Dull would he be of soul who could pass by A sight so touching in its majesty:..."  See in text (Text of the Poem)

Wordsworth asserts that the beauty of London in the morning is so moving that one must be insensitive (“Dull...of soul”) to not pause and take note of “its majesty.” While making such a claim highlights the intense beauty of the scene, it also suggests that one must possess the perceptiveness of a poet to fully appreciate such a scene.