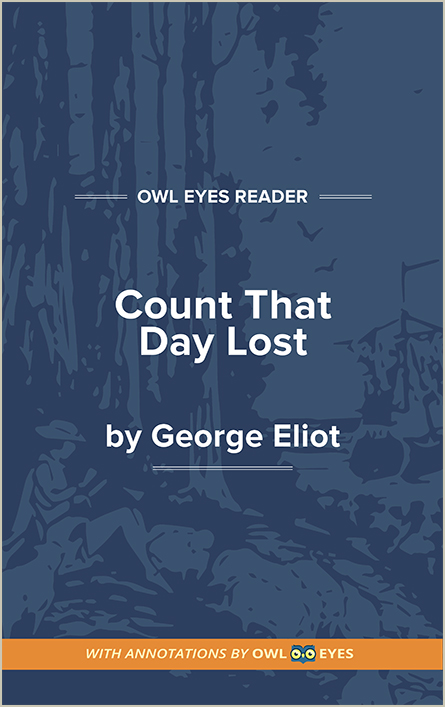 In most carpe diem poetry, the poet begins with a negative argument about the ephemeral nature of life and beauty, or the negative consequences of not making each day count. They end the poem with a positive argument about what the reader can do to combat these negative aspects of life and seize the day, generally in a manner that benefits the speaker. Notice that in this poem, Eliot reverses the order of her carpe diem argument. She begins with the positive argument—do one good deed every day and your days will be worthwhile. She then ends with the negative argument—if you do not do one good deed, your day is worse than lost. This structure could be a reaction to traditional carpe diem poetry. In ending with the consequences of wasting a day, her poem’s message benefits the reader more than the speaker.

Calling for “one self-denying deed” conjures images of a martyr. A martyr is someone who suffers persecution or death by honoring their beliefs; who sacrifices the self for a cause or population larger than oneself. Martyrdom is a common theme in religious stories. The narrator's call for self-denial once again suggests a connection between Eliot’s message and religious themes, and makes more apparent the religious framework on which her argument is built.