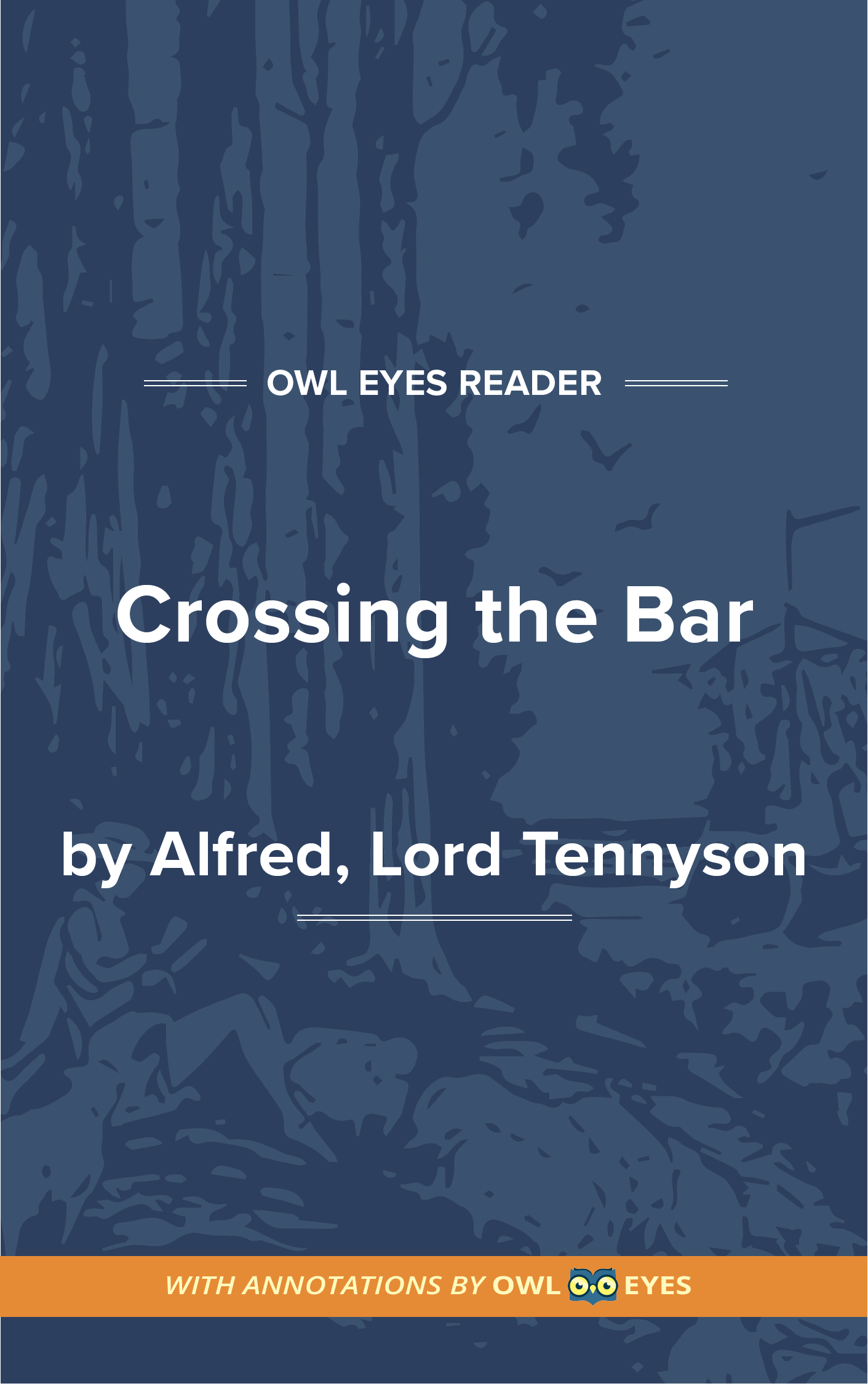 Quote Analysis in Crossing the Bar

Crossing the bar is an extended metaphor for crossing the boundary between life and death. A metaphor is a device in which two different things are compared by implying or stating that they are the same thing. An extended metaphor unfolds throughout an entire text and often utilizes smaller metaphors for reinforcement. In “Crossing the Bar,” the extended metaphor for death begins with images of twilight and the setting sun—both of which represent impending death—in the first two stanzas. As night approaches, the speaker anticipates limitless darkness and a “flood” that “may bear me far”; however, he frames his journey as a homecoming and hopes to meet his “Pilot” after crossing the bar. Though the speaker literally describes preparing to set sail, his language and the mood it creates can also relate to the experience of dying.

Night has arrived and the speaker sets out on his scheduled sailing, acknowledging that his travels may lead him far beyond the boundary of “Time and Place.” Despite the uncertainty in his future, he seems to take confidence in potentially seeing his “Pilot” after crossing the bar from the harbor to the ocean.