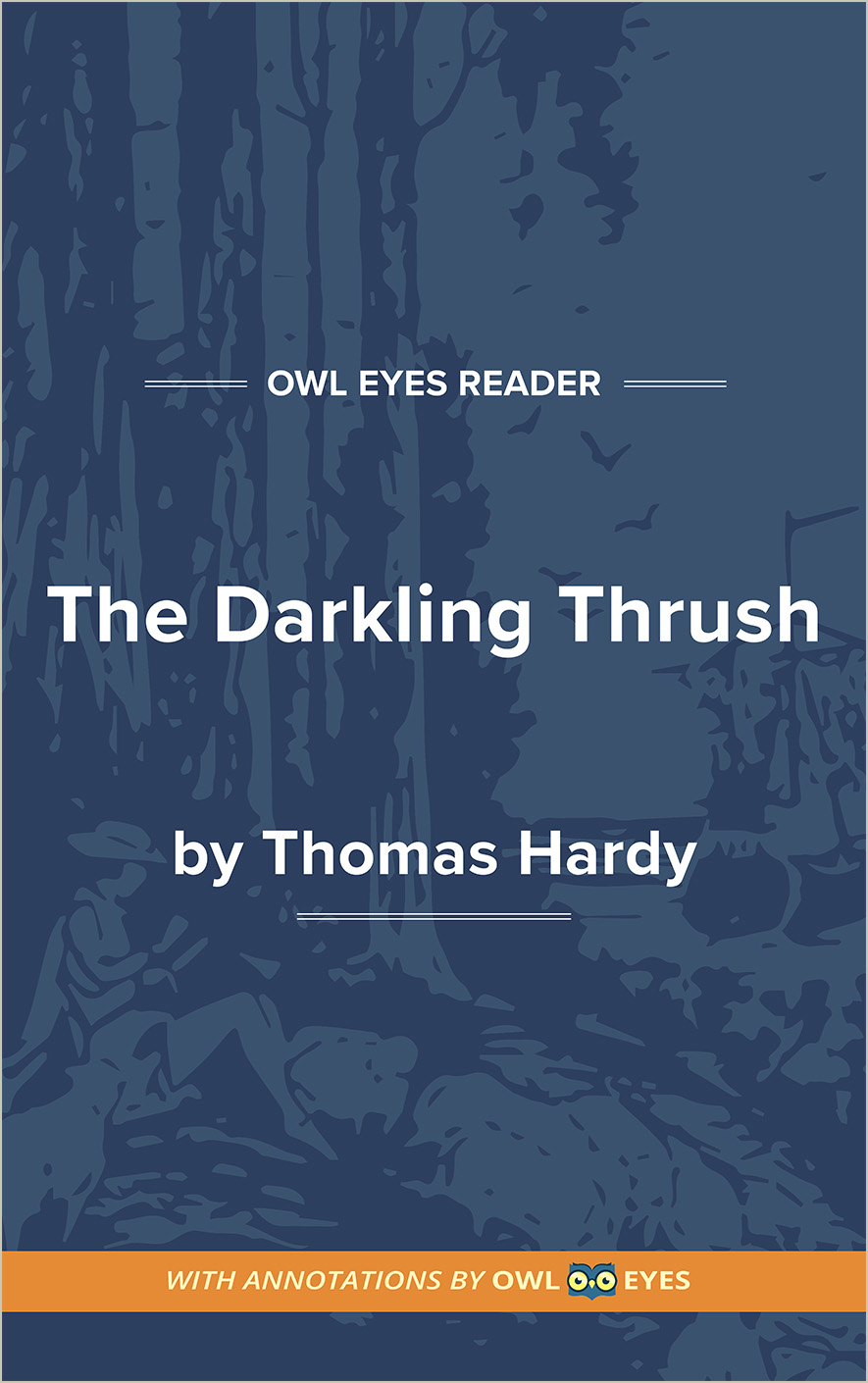 Tone in The Darkling Thrush

Tone Examples in The Darkling Thrush:

In the Anglican church, evensong is an evening service centered around choral hymns. This metaphor gives the bird’s singing a heavenly, exultant tone. Whether Hardy intended to imbue the thrush with a literal sense of the divine is unclear.

"I leant upon a coppice gate When Frost was spectre-grey,..."  See in text (The Darkling Thrush)

The first couplet establishes the poem’s meter: an alternation between four-beat tetrameter and three-beat trimeter. This jaunty, song-like metrical scheme exists in tension with the poem’s winter atmosphere. The description of the frost as “spectre-grey” has a connotation of death, one of the poem’s central motifs. Hardy’s poem addresses the turn of the 20th century, viewing the rising tide of modernity with a sense of hopelessness.