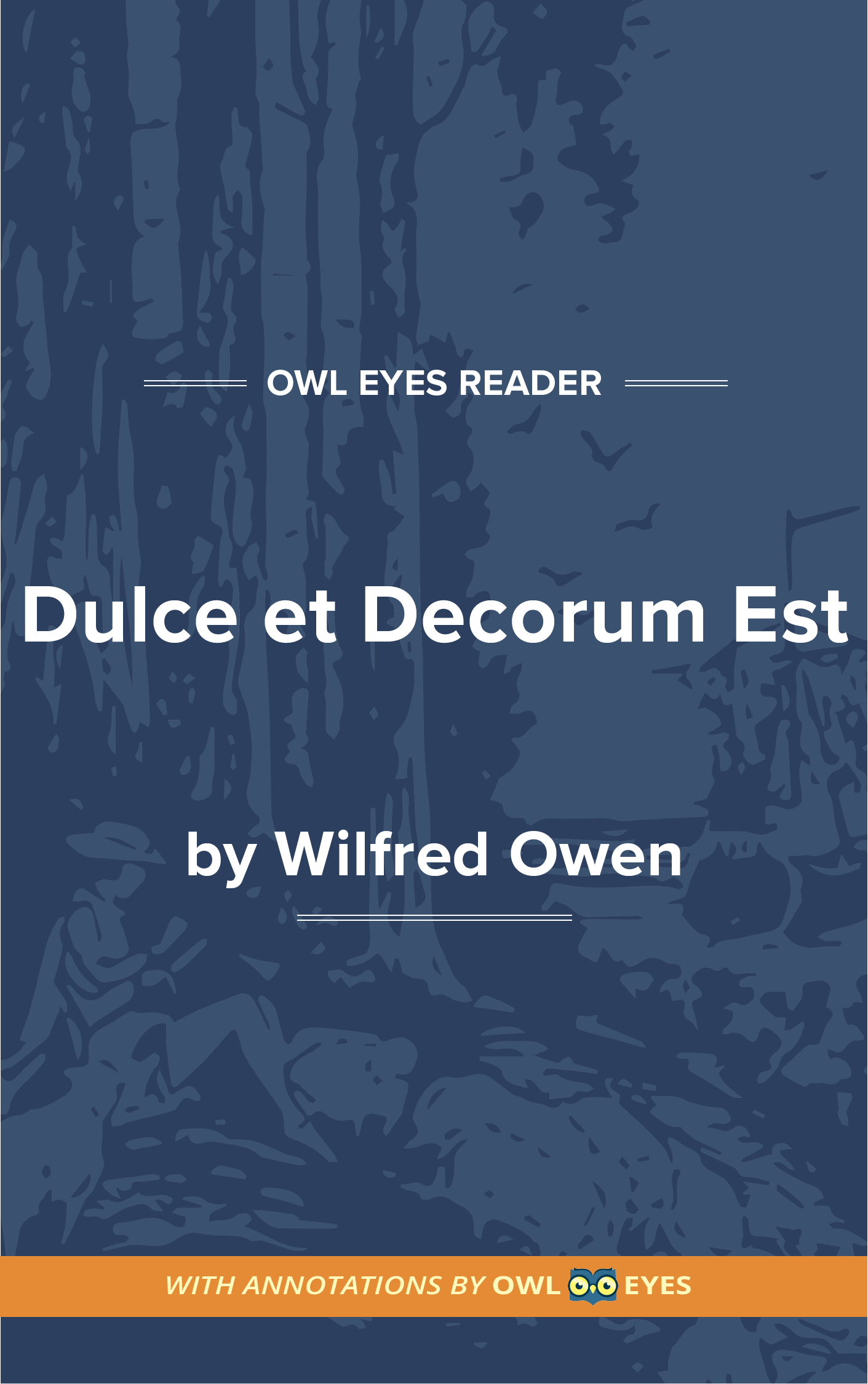 English soldier Wilfred Owen wrote “Dulce et Decorum Est” in 1917 while recovering from shell-shock during World War I, which overlapped with the modern literary period. The poem was published in 1920, two years after Owen died in battle. Its title alludes to a phrase from Horace’s Odes that had become popular among patriots in England during the war. Loosely translated, it means “It is sweet and fitting [to die for one’s country].” Owen, however, ultimately condemns the war in his use of the phrase by contrasting pro-war idealism with the gruesome reality experienced by soldiers in the trenches.