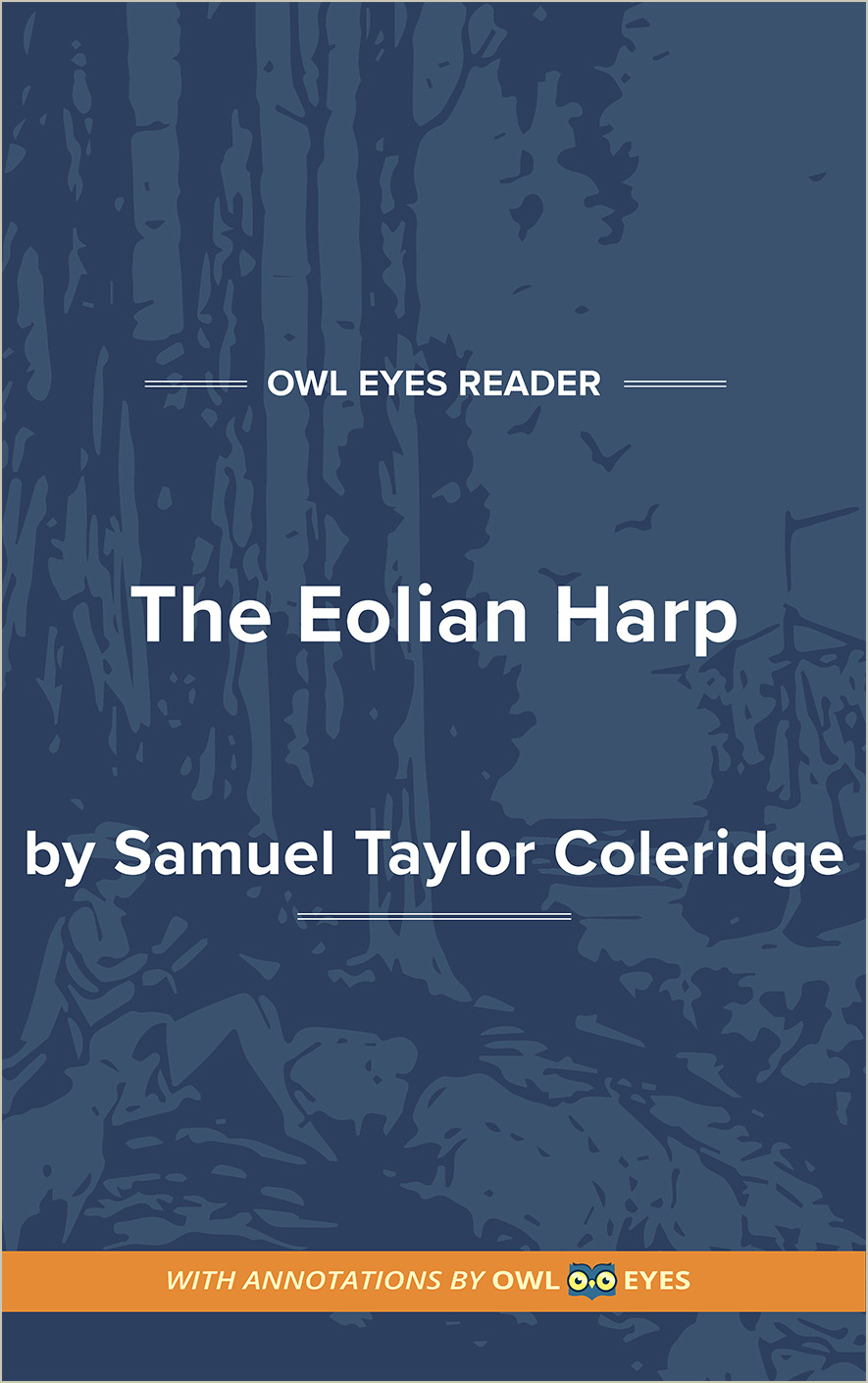 Written in 1795 and published in 1796, “The Eolian Harp” is a so-called conversation poem in which Coleridge’s speaker identifies a companion and then shares his thoughts with her. At the time he wrote the poem, Coleridge was engaged to Sara Fricker, who later became his wife and is believed to be the Sara in the poem. Clevedon in Somersetshire, the poem’s setting, is a small village situated on and around seven limestone hills overlooking the Bristol Channel in southwest England. The natural beauty of the countryside and the sea and Coleridge’s relationship with Sara inspired the poem and are reflected throughout the text.