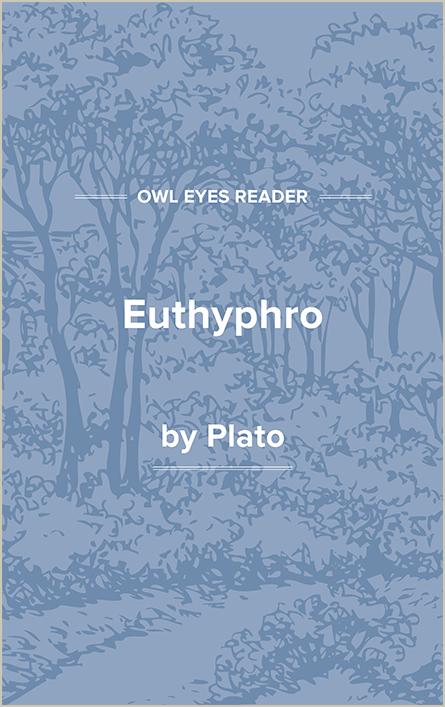 In Greek mythology, Daedalus was a master craftsman whose statues were said to move about. He is also credited with the creation of the Labyrinth on Crete, after which he and his son Icarus were imprisoned in a tower so as to prevent the spread of knowledge about the Labyrinth. Daedalus, Ovid writes, built wings for their escape; this is the famous story of Icarus and Daedalus.

Proteus is an early sea-god who is sometimes called the "Old Man of the Sea." He appears famously in the Odyssey when Menelaus holds him down, or detains him, until he reveals that Agamemnon (Menelaus's brother) was murdered during his return home from Troy and that Odysseus remains stranded on Ogygia, Calypso's island.

Here Socrates is discussing causality. However, with this example it is worth noting that Plato believed the eyes emitted rays of light, illuminating the things upon which they gazed. This theory is commonly referred to as emission theory or extramission theory.