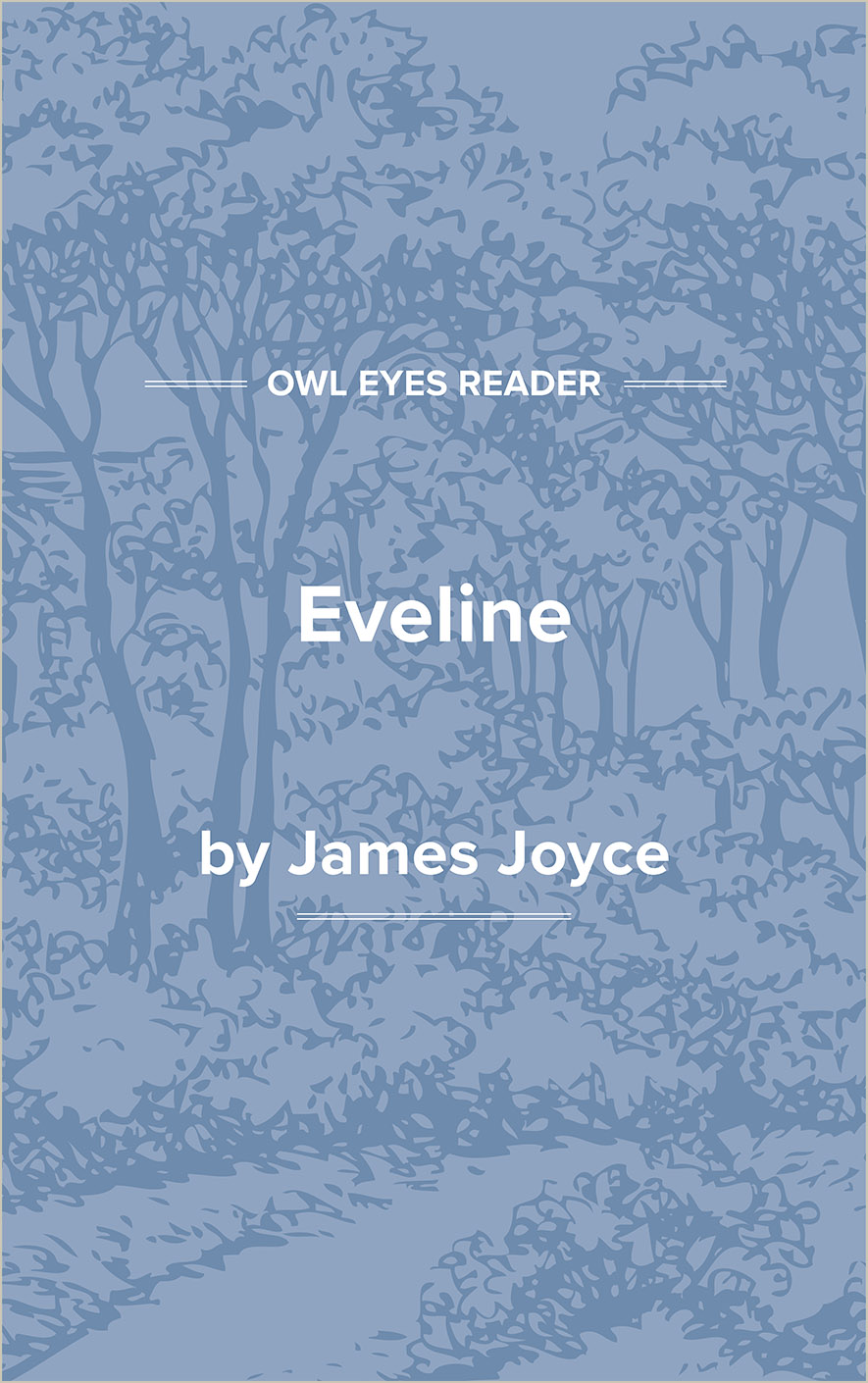 She sat at the window watching the evening invade the avenue. Her head was leaned against the window curtains and in her nostrils was the odour of dusty cretonne. She was tired.

Few people passed. The man out of the last house passed on his way home; she heard his footsteps clacking along the concrete pavement and afterwards crunching on the cinder path before the new red houses. One time there used to be a field there in which they used to play every evening with other people's children. Then a man from Belfast bought the field and built houses in it--not like their little brown houses but bright brick houses with shining roofs.