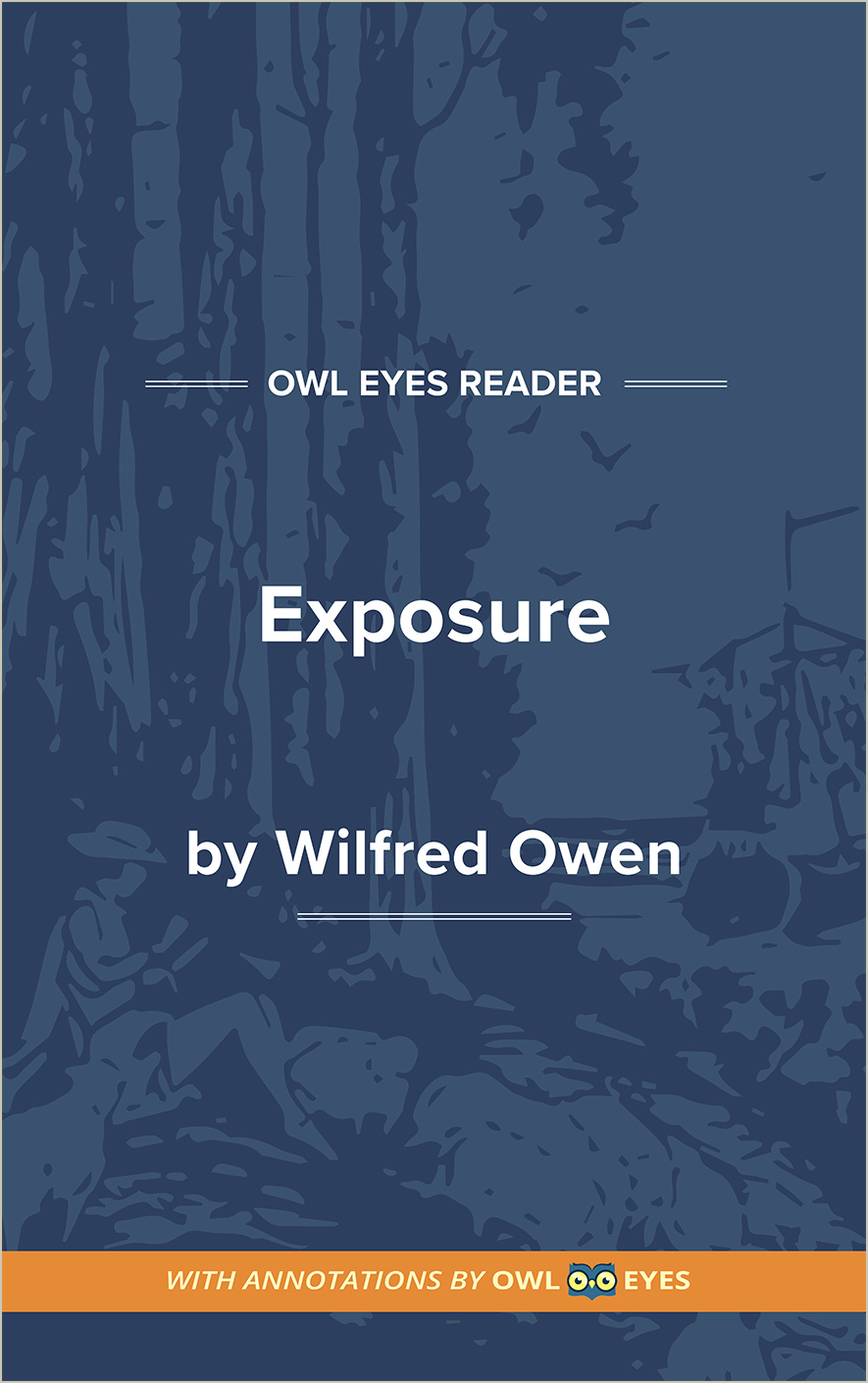 English soldier and war poet Wilfred Owen penned “Exposure” in 1918, near the end of World War I. However, the poem was not published until 1920, two years after Owen died in battle. Like much of Owen’s work, “Exposure” addresses the horrific conditions of war—specifically, exposure to freezing weather as an embittered speaker addresses the irony of freezing to death in anticipation of gunfire and battle that never arrives. Ultimately, Owen emphasizes the cruel indifference of God and society, who appear indifferent to the horrors of war and the lives of those they put at risk.