Are you a teacher? Subscribe today to access hundreds of premium teaching resources and lesson plans! close
close
close
close
« Library « Nonfiction « Far Away and Long Ago 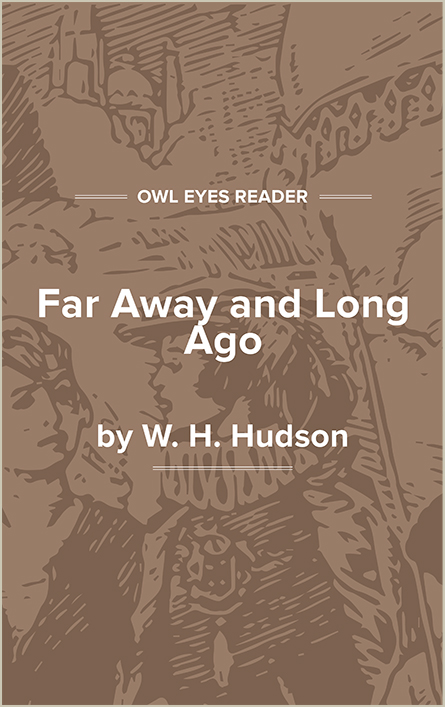 Far Away and Long Ago

It was never my intention to write an autobiography. Since I took to writing in my middle years I have, from time to time, related some incident of my boyhood, and these are contained in various chapters in The Naturalist in La Plata, Birds and Man, Adventures among Birds, and other works, also in two or three magazine articles: all this material would have been kept back if I had contemplated such a book as this. When my friends have asked me in recent years why I did not write a history of my early life on the pampas, my answer was that I had already told all that was worth telling in these books. And I really believed it was so; for when a person endeavours to recall his early life in its entirety he finds it is not possible: he is like one who ascends a hill to survey the prospect before him on a day of heavy cloud and shadow, who sees at a distance, now here, now there, some feature in the landscape--hill or wood or tower or spire--touched and made conspicuous by a transitory sunbeam while all else remains in obscurity.