Are you a teacher? Subscribe today to access hundreds of premium teaching resources and lesson plans! close
close
close
close
« Library « Poetry « I felt a Funeral, in my Brain 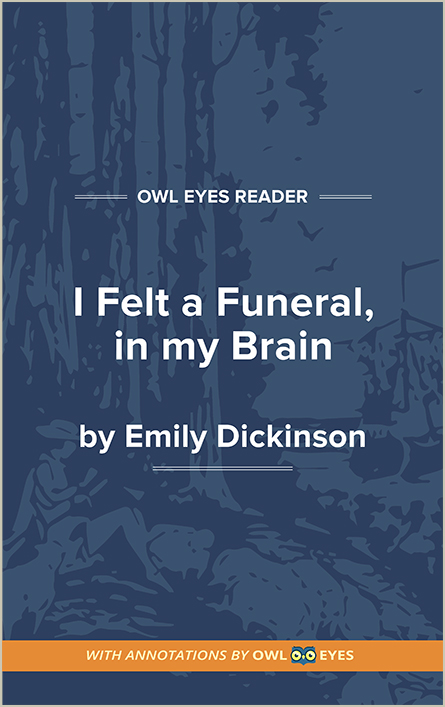 I felt a Funeral, in my Brain

Told within the mind of an unreliable speaker, Emily Dickinson's “I felt a Funeral, in my Brain” uses sound and syntax to replicate the speaker’s building madness. Because of its irregular structure, the source and situation of this insanity remains unclear. The poem has been read as a speaker from beyond the grave explaining the experience of listening to her own funeral. Others have looked at the funeral as a metaphor for the speaker’s descent into madness over her obsession with thoughts of death and what comes after death. The poem is made more impressive by the way in which the syntax of the lines mimics the theme of the poem. Using repetition, fragmented sentences, and unclear metaphorical referents, Dickinson is able to imbue the reader with the speaker’s experience of frantic, disjointed thought. First published in 1896 as part of the third posthumous collection of Dickinson’s poems, “I felt a Funeral, in my Brain” is a chilling examination of life beyond the grave from the voice of a mind of the brink of collapse.