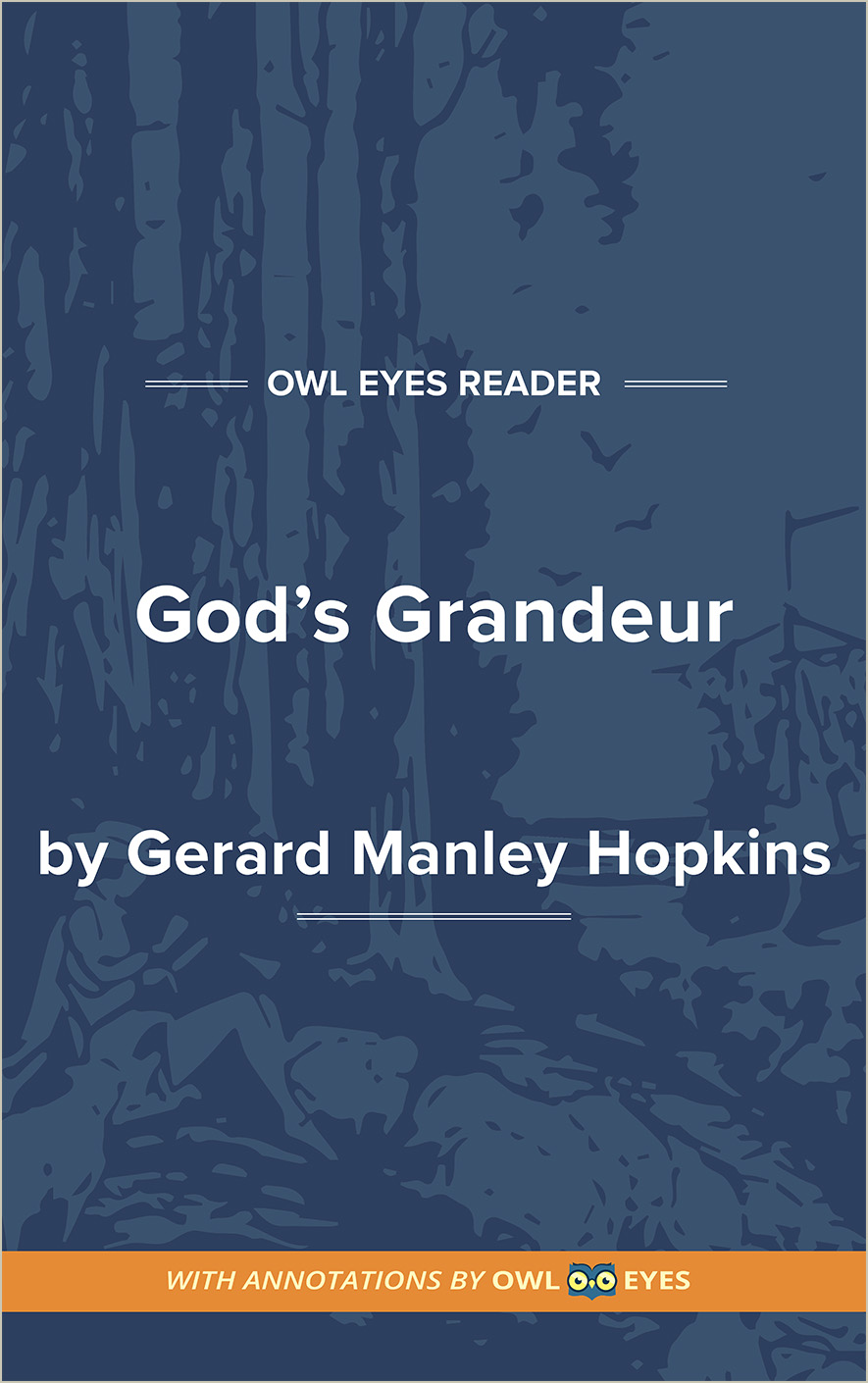 “Holy Ghost” is an allusion to the Holy Spirit, which in the Christian faith is God’s spirit present among those on Earth. The phrase “the bent / World” suggests a world out of alignment with nature and with God. The two lines are united through enjambment and the alliteration of the “B” sound in “Because,” “bent,” “broods,” “breast” and “bright.” The alliteration drives the rhythm of the lines, which strays from iambic pentameter, and creates a melodious sound.

The phrase “reck his rod” incorporates both archaic diction and figurative language. “Reck” is an archaic word meaning to heed or to show concern for. “Rod” suggests a scepter and has connotations of majesty and supreme power. The first three lines in the poem lead directly to this question in the fourth line that marks a change of tone in the text; after glorifying God, Hopkins turns to humankind’s lack of reverence for God’s majestic presence in the world. The inclusion of the word “now” creates a sense of immediacy in the poem, placing it in the context of Hopkins’s own era when the Industrial Revolution was upending life in Britain and destroying the country’s rural landscape.

"It will flame out, like shining from shook foil..."  See in text (Text of the Poem)

In the context of the previous line, “flame out” refers to throwing off bursts of bright light. The light of God’s grandeur is then described with a simile, comparing it to the shining light reflected from a piece of foil. The foil’s being “shook” suggests that it catches the light when it is moved and thus creates a dynamic image.