Are you a teacher? Subscribe today to access hundreds of premium teaching resources and lesson plans! close
close
close
close
« Library « Fiction « Half a Life-Time Ago « Elizabeth Gaskell Biography 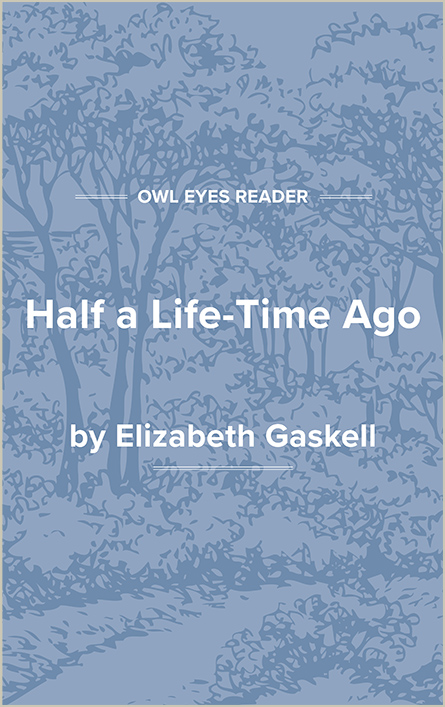 Elizabeth Gaskell’s life was divided between the industrial Midlands of the north and London and rural Hampshire in the south of England, as was that of her heroine, Margaret Hale, in North and South. Her mother’s family, the Hollands, substantial landowners, were established near Knutsford, Cheshire, which became the “Cranford” of her best-known work. Gaskell was born Elizabeth Cleghorn Stevenson on September 29, 1810, in Chelsea, then just outside London, where the family had settled after a period in Scotland. Because of her mother’s death, Gaskell was taken to Knutsford, where she spent the next thirteen years in the care of her aunt, Hannah Lumb. The years at Knutsford were very happy ones, and her affection for the town is indicated by the tales in Cranford about its inhabitants. Her brother, John, twelve years older, went into the merchant navy but disappeared on a voyage to the Far East in 1823, an event marked in Gaskell’s fiction by various lost and recovered brothers.

Gaskell’s father remarried, having two more children, and at age fourteen Gaskell was sent to Avonbank School in Stratford, which was kept by the Byerley sisters, her stepmother’s aunts. It was a progressive school by Victorian standards of feminine education, serving Unitarian and other liberal religious groups. She left school at age seventeen to tend her paralyzed father, the relationship between the two having been somewhat strained in the preceding years. From 1827 until his death in 1829, she faithfully nursed him, her dedication to the task bringing forth a grateful testimony from her stepmother. The experience furnished the basis for Margaret Hale’s nursing of her critically ill mother.

The experience of Margaret Hale in the fashionable home of her London relations appears to parallel the months spent by Gaskell with her uncle, Swinton Holland, a banker, and her cousin, Henry Holland, a London physician. Following the fashion for educated and leisured Victorian women, she visited various places during the next few years: in and out of Knutsford (like her narrator, Mary Smith, in Cranford), two winters in Newcastle with a minister, William Turner (the model for the kindly Unitarian minister, Thurstan Benson, in Ruth), and his daughter, Anne, a visit to Manchester to Anne’s sister, Mary, and a winter in Edinburgh with the intellectual and artistic company there. At Manchester, she met William Gaskell, assistant minister of Cross Street Unitarian Chapel, and their warm relationship eventuated in marriage at Knutsford in August, 1832. At her various residences in Manchester, to whose busy industrial life and brusque manners she had to adjust, Gaskell became the mother of four daughters and a son: Marianne, Margaret Emily, Florence, Julia, and William, whose death at the age of ten months caused her great sorrow and resulted in the writing of an idealized portrait of a boy, found in her novel Ruth.

Gaskell’s husband, who became senior minister in 1854, had a solid reputation as a public speaker, a teacher of English history and literature, an editor of church publications, and a preacher. Despite the uncomfortable weather and atmosphere of Manchester, it was a gathering place for well-educated Unitarians and other non-Anglicans, Cross Street Chapel being a center of lively discussion and numbering many self-made mill owners among its members. It was also true, however, that class divisions between the mill owners and their workers were strongly evident to Gaskell, whose character, Margaret Hale, wonders why two groups so dependent on each other regard their interests as opposed.

To understand Gaskell’s preoccupation with social problems in her fiction, one must note her constant involvement in social welfare with Sunday and weekday schools for children of workers, her visits to working-class homes in the course of parish duties, and her concern for victims of the social system such as unwed mothers. The depression of 1839 to 1840, the...