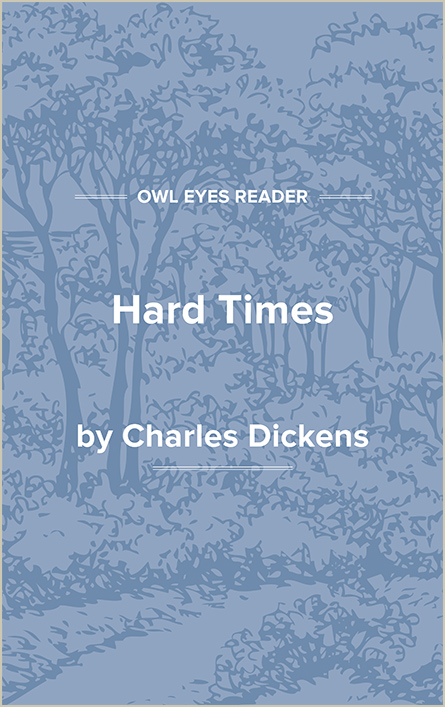 "would you have given me to the husband whom I am now sure that I hate?'..."  See in text (Book The Second - Reaping - Chapter XII - Down)

Louisa blames her father for her unhappy marriage (to a man she now realizes she hates) because of his rationalism-based childrearing philosophy. She now finds herself in love with another man but does not know what to do because she was not raised to cope with matters of the heart.

Book The Third - Garnering - Chapter I - Another Thing Needful

"I am far from feeling convinced now, however differently I might have felt only this time yesterday, that I am fit for the trust you repose in me;..."  See in text (Book The Third - Garnering - Chapter I - Another Thing Needful)

Mr. Gradgrind finally recognizes the full extent of his daughter's misery. His teaching, which focused on facts and pragmatism, ultimately did great harm to Louisa: she is now in a failed, unhappy marriage and on the brink of ruining her good character. He considers himself unqualified to advise her, however, because he feels that he failed as a father.