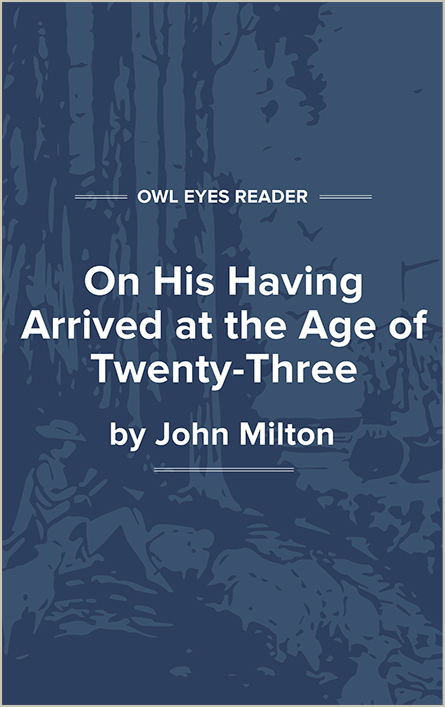 Themes Examples in On His Having Arrived at the Age of Twenty-Three:

This line evokes the same ambition Milton expresses in his best-known sonnet, "On His Blindness," which begins with the following lines:

When I consider how my light is spent
Ere half my days in this dark world and wide,
And that one Talent which is death to hide
Lodged with me useless, though my soul more bent
To serve therewith my Maker, and present
My true account...

Milton evidently felt that he had one central talent, which was his undoubted talent for poetry. Milton often wrote of his life in terms of a divine purpose, mediated by God. In "On His Having Arrived at the Age of Twenty-Three," Milton refers to God as "my great Task-Master," which frames his poetic ambitions as his "Task."