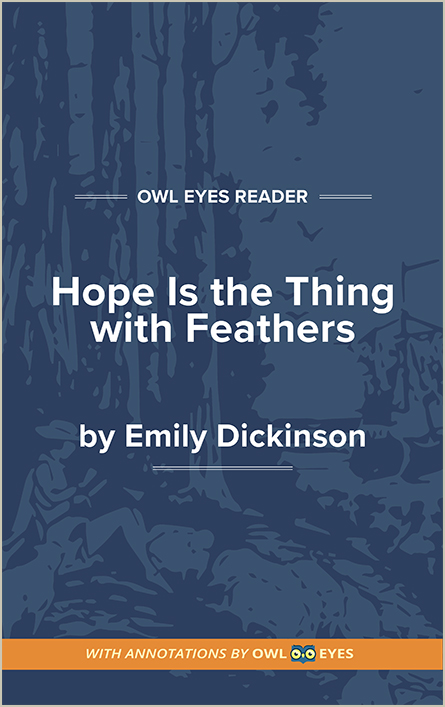 Metaphor in Hope Is the Thing with Feathers

Metaphor Examples in Hope Is the Thing with Feathers:

This is an interesting metaphor. “Crumb” is an often-used metaphor that denotes a small amount, a meaning which applies in this case. The literal meaning of the word also plays a role here, in that a bird might realistically want a crumb. This is an example of giving new life to overused metaphors and phrases.

Dickinson’s speaker depicts hope as a “thing with feathers,” which many of us will assume to be a bird. This “bird-as-hope” metaphor has been a part of the Western canon and Judeo-Christian tradition for millennia since the biblical story of Noah’s ark, in which a dove returns to the vessel with a message of hope: land had been found.