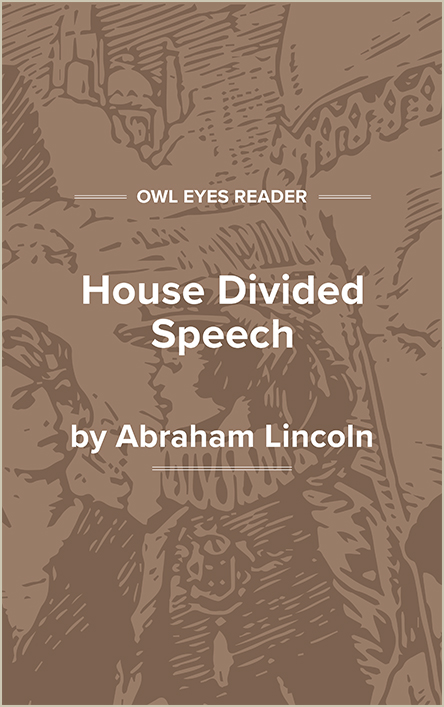 "the course of ultimate extinction..."  See in text (Text of Lincoln's Speech)

The adjective “ultimate” refers to something that either occurs at the end of a process or is the ideal outcome in a given circumstance. The noun “extinction” means to cease to exist. This diction suggests that slavery’s “ultimate extinction” is both an imminent and desirable outcome. Though Lincoln was against slavery from a moral and political standpoint, he did not identify as an abolitionist. However, his assertion that slavery’s “ultimate extinction” would “place the public mind” at “rest” signaled to proponents of slavery that Lincoln wished to abolish the practice everywhere—including the established slave-owning South. This phrase was frequently parroted by Lincoln’s political detractors as a means of polarizing more moderate Republicans and swing voters.