Are you a teacher? Subscribe today to access hundreds of premium teaching resources and lesson plans! close
close
close
close
« Library « Poetry « How Do I Love Thee? 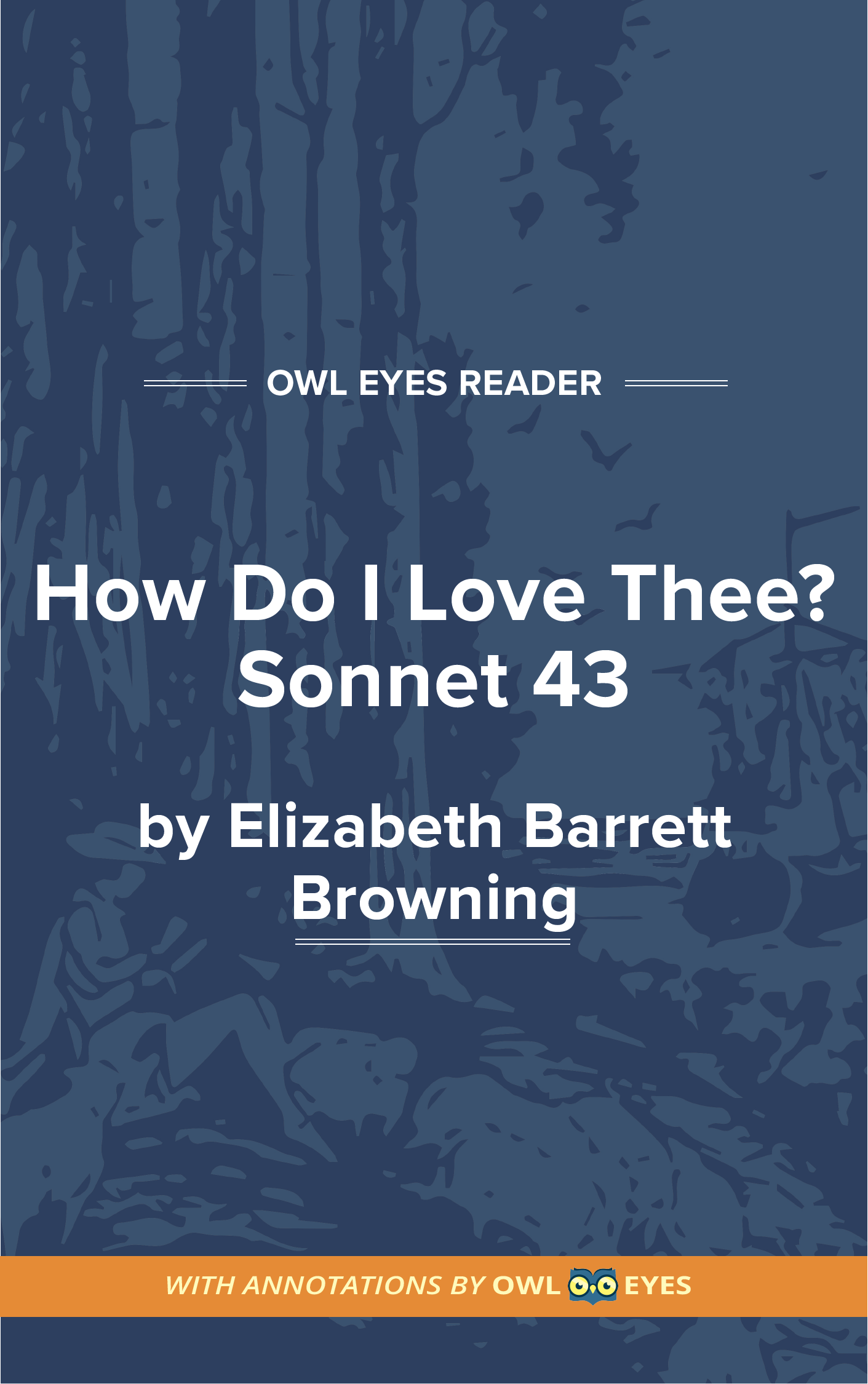 How Do I Love Thee?

Sonnet 43, also known as “How Do I Love Thee? Let Me Count the Ways,” appeared in Elizabeth Barrett Browning’s Sonnets from the Portuguese in 1850. The poem is one of Browning’s most famous works and is an important fixture of the Victorian literary canon.

Though Sonnet 43 never specifies the identities of the speaker or the addressee, it is generally regarded to be about Browning’s love for her husband, the famous poet Robert Browning. The poem ultimately presents love, which is a fairly abstract concept, as eternal, selfless, and boundless.