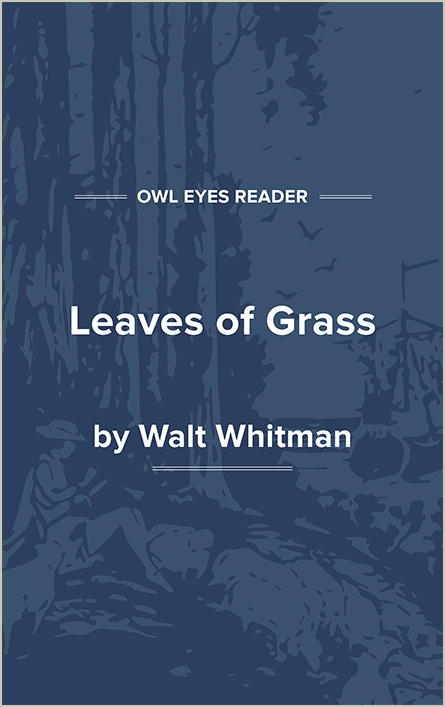 Perhaps the quintessential book of American verse, Walt Whitman’s Leaves of Grass embraces and encapsulates the lives and landscapes of a young nation. Inspired by the romantic and transcendentalist writers of the 19th century, Whitman finds joy in scenes of nature, sailors, farmers, revelers, lovers, musicians, mothers, schoolchildren, and the vibrant environs of his beloved New York. Though he never received a formal education, Whitman cultivated a voracious intellect. In his poetry, he applied his intense curiosity to such wide-ranging topics as the cosmos, Hegel, and the legacy of Abraham Lincoln. To express the scope of his vision, Whitman developed an expansive, breathless poetic style. He favored long lines and freed himself of the common formal restrictions of his time. Whitman’s emphasis on free-flowing language, repetition, and vivid imagery has influenced subsequent generations of poets. When Whitman first self-published the volume in 1855, it contained just 12 poems. Whitman made Leaves of Grass his life’s work, editing and expanding his masterpiece until his death. Presented here is the final 1892 edition, containing over 400 poems. Editor’s note: For the best reading experience, we suggest you read Leaves of Grass with the widest possible columns.