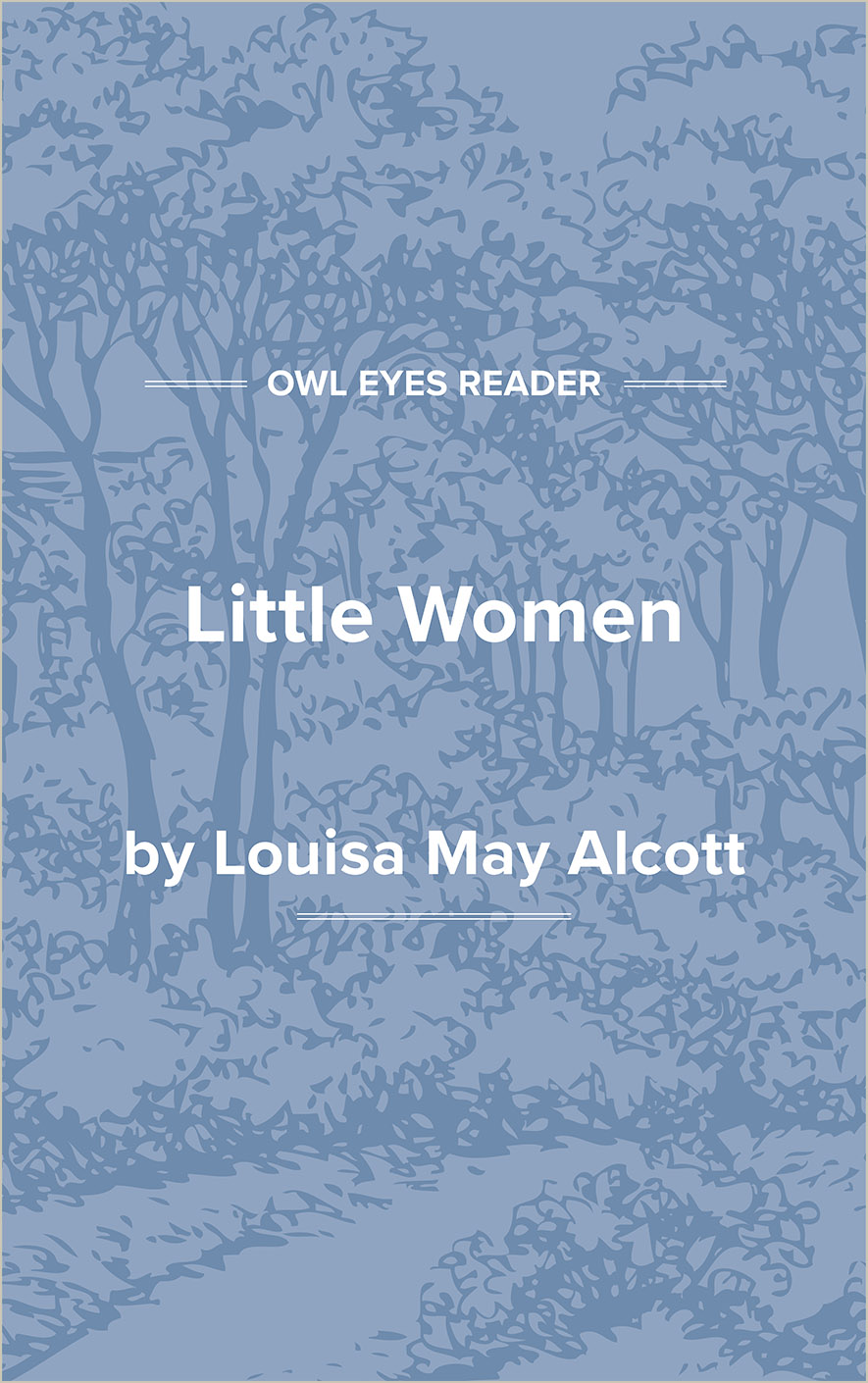 Little Women was, and remains, Alcott’s best-known and most widely read work. It was her first novel for young girls and was so popular that her audience demanded sequels, a request that Alcott fulfilled, although most readers believe that Little Women is the most compelling of Alcott’s novels about the March family.

As the novel opens, the four girls—the oldest, Meg (sixteen), tomboyish Jo (fifteen), sweet Beth (thirteen), and the youngest, Amy (twelve)—are sitting around the hearth contemplating a Christmas without presents, for their father is away serving as chaplain for a unit of men fighting in the Civil War, and the family has very limited funds.

From this opening dialogue, a reader gets insights into the basic personality types of the various characters. Meg feels most strongly the family’s limited resources. It is she who struggles hardest with envy of the wealthier girls in town. Jo is the most spirited of the lot, physically the most active and psychologically the most independent; she nevertheless is most comfortable when she is safely ensconced within the family circle of Marmee (the girls’ nickname for their mother) and the four girls. Beth is the sweetest and most generous of the girls, the one who complains least and tries hardest to ease the difficulties of the others. She is the character whom some readers think is really too good to be true. As might be expected, she dies an early death, as if she is too good for this world. The youngest, Amy, has rather grand visions of herself but these are tempered as she tests her artistic skills abroad and eventually marries the boy next door.

Several themes emerge in the book as the girls develop into adults. One is the difficulty that women of the period had in finding suitable work. Marriage was the most obvious hope for economic stability, but for the woman who did not choose marriage, options were extremely limited and the pay not sufficient. The girls try a number of ways to earn money—as companion, governess, and writer, for example—but nothing that they can do succeeds very well. Another theme is the importance of maintaining the family circle. Even marriage is not greeted unhesitatingly, because it threatens to remove one sister from the family. Disruptions to the family circle are inevitable as children grow up, but in Little Women they are always greeted with only begrudging kindness.

Materialism is decried, as are the frivolities of the dances and entertainments in which girls with only a little more money than the Marches indulge. The virtues of patience, submission, and devotion are lauded instead. Finally, no discussion of the...