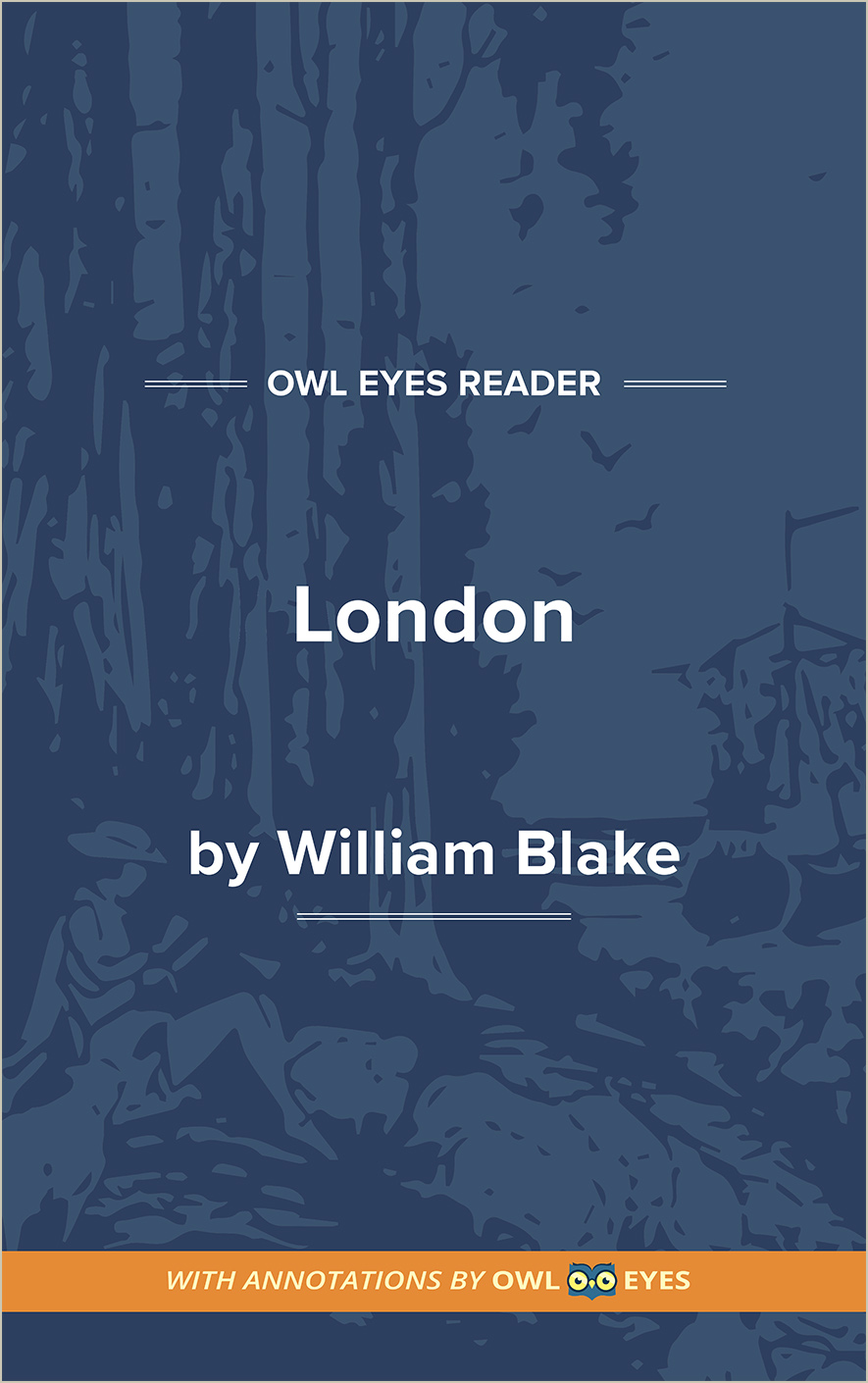 "And blights with plagues the Marriage hearse ..."  See in text (Text of the Poem)

The noun “hearse” refers to a vehicle that transports a coffin to a grave. Blake likely alludes to the prevalence of prostitution and its role in spreading venereal disease throughout the city. Married men who slept with prostitutes, or “harlots,” could inadvertently transmit diseases to their wives and unborn children, with disastrous consequences. The unexpected phrase “Marriage hearse” suggests that the problem may be rooted in the marriage arrangement itself, which was forced on people by the “blackning Church.”

Each line of the final stanza is enjambed. Enjambment is a device in which an idea or phrase that begins in one line flows into the next, rather than concluding—through punctuation—at the end of aline. Here, enjambment generates a foreboding tone and momentum that intensifies the speaker’s disturbing description of what was likely the spread of venereal disease throughout London.

"the hapless Soldiers sigh..."  See in text (Text of the Poem)

The adjective “hapless” means to be unfortunate or to have bad luck. Blake’s description of soldiers’ blood painting palace walls suggests that the soldiers are unfortunate and helpless, and the government is responsible for their deaths. He may also be alluding to the bloody French Revolution, which was still raging while he was writing “London.” Many in England feared that the social problems plaguing their cities would result in similar insurrection.