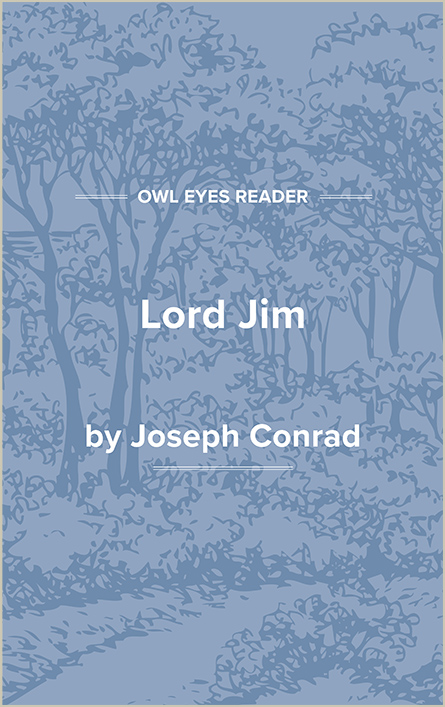 When this novel first appeared in book form a notion got about that I had been bolted away with. Some reviewers maintained that the work starting as a short story had got beyond the writer's control. One or two discovered internal evidence of the fact, which seemed to amuse them. They pointed out the limitations of the narrative form. They argued that no man could have been expected to talk all that time, and other men to listen so long. It was not, they said, very credible. After thinking it over for something like sixteen years, I am not so sure about that. Men have been known, both in the tropics and in the temperate zone, to sit up half the night 'swapping yarns'. This, however, is but one yarn, yet with interruptions affording some measure of relief; and in regard to the listeners' endurance, the postulate must be accepted that the story was interesting. It is the necessary preliminary assumption. If I hadn't believed that it was interesting I could never have begun to write it. As to the mere physical possibility we all know that some speeches in Parliament have taken nearer six than three hours in delivery; whereas all that part of the book which is Marlow's narrative can be read through aloud, I should say, in less than three hours. Besides--though I have kept strictly all such insignificant details out of the tale--we may presume that there must have been refreshments on that night, a glass of mineral water of some sort to help the narrator on.