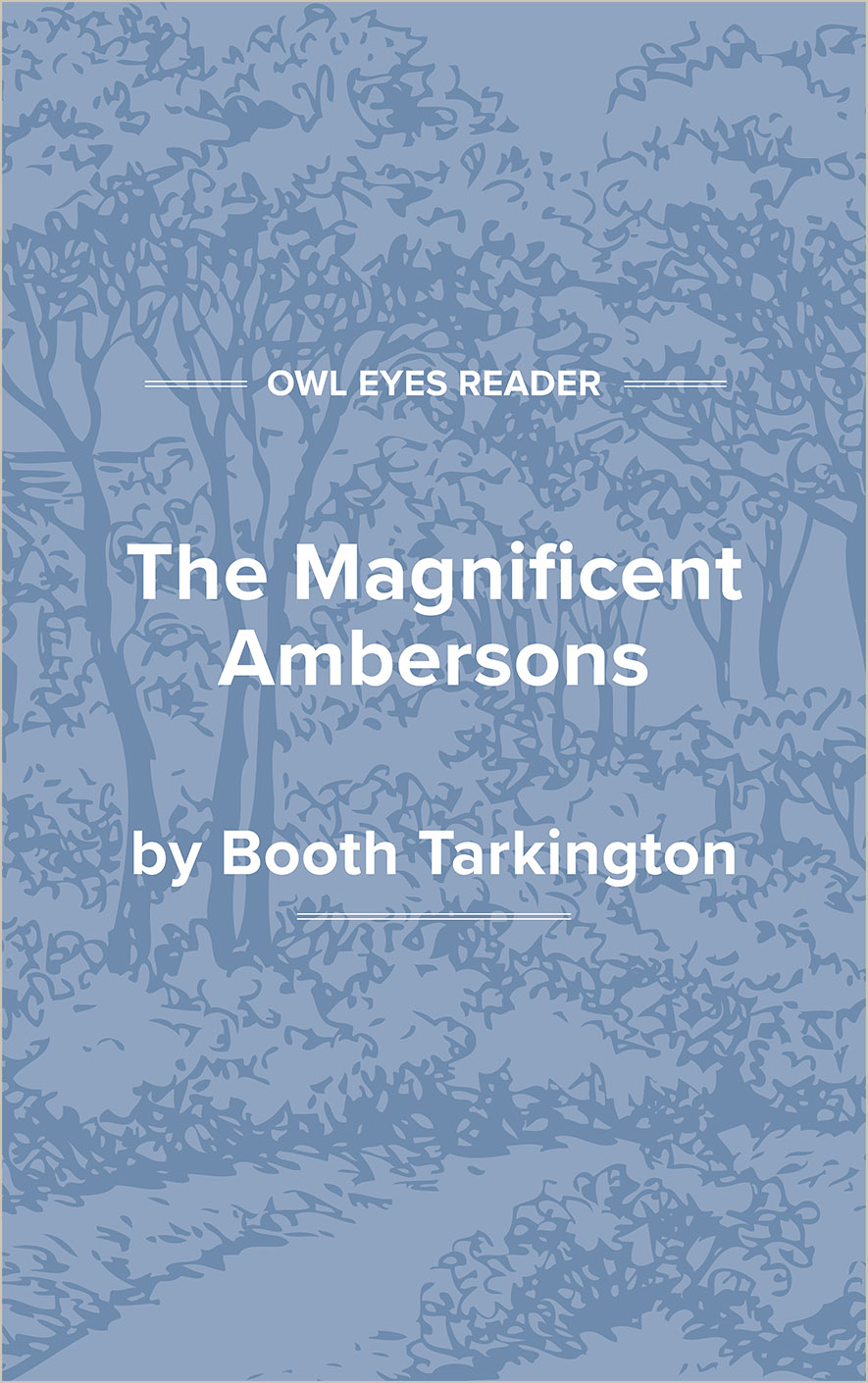 Major Amberson had "made a fortune" in 1873, when other people were losing fortunes, and the magnificence of the Ambersons began then. Magnificence, like the size of a fortune, is always comparative, as even Magnificent Lorenzo may now perceive, if he has happened to haunt New York in 1916; and the Ambersons were magnificent in their day and place. Their splendour lasted throughout all the years that saw their Midland town spread and darken into a city, but reached its topmost during the period when every prosperous family with children kept a Newfoundland dog. In that town, in those days, all the women who wore silk or velvet knew all the other women who wore silk or velvet, and when there was a new purchase of sealskin, sick people were got to windows to see it go by. Trotters were out, in the winter afternoons, racing light sleighs on National Avenue and Tennessee Street; everybody recognized both the trotters and the drivers; and again knew them as well on summer evenings, when slim buggies whizzed by in renewals of the snow-time rivalry. For that matter, everybody knew everybody else's family horse-and-carriage, could identify such a silhouette half a mile down the street, and thereby was sure who was going to market, or to a reception, or coming home from office or store to noon dinner or evening supper.