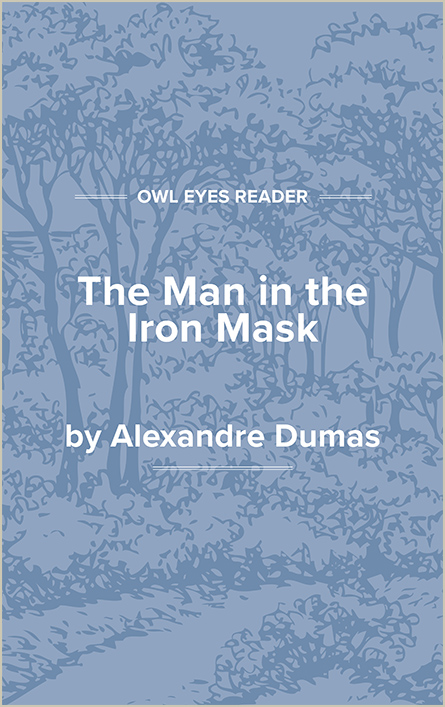 When General Dumas was returning to his wife and daughter from Bonaparte’s campaign in Egypt, a violent storm in the Mediterranean led to his capture by enemy forces; he spent about twenty months as a prisoner in Naples, suffering much abuse and perhaps even a poisoning attempt. He was not able to return to his family until May of 1801. His only son, the dramatist, was born the following year. The general, never in good health after his captivity, died in 1804, leaving his family with limited financial means.

In his boyhood Dumas showed little interest in studies, preferring to spend his time hunting in the forests near Villers-Cotterêts. His attitude toward books was eventually changed by two new arrivals in the village. Amédée de la Ponce, a hussar officer, taught him Italian and some German, and introduced him to Johann Wolfgang von Goethe’s Die Leiden des jungen Werthers (1774; The Sorrows of Young Werther, 1779) and to the works of Friedrich Schiller—the European Romantic movement thus reached Villers-Cotterêts. A Swedish nobleman, Vicomte Adolphe de Leuven, thrilled the young romantic with stories of Paris—and the Parisian theater in particular. The two decided to collaborate in writing comedy, finishing one play in 1820. Although this light comedy was not of interest to producers, the collaborators were not deterred from writing two additional plays before the end of 1821. It was Leuven who introduced Dumas to the novels of Sir Walter Scott and the riches of romance and history that they contained. Dumas was enthralled; as soon as he had read Ivanhoe (1819), he immediately started writing a play based on it, and he made plans to move to Paris to pursue a literary career.

In 1823 in Paris, Dumas was made painfully aware of the deficiencies in his education; he evidently secured a job as copyist for the duke of Orleans (later King Louis-Philippe) only by virtue of his beautiful handwriting. Luckily, one of the other workers in the office advised Dumas on what to read to improve himself and to prepare for a writing career. The suggested works included the great epic poets, French historians, and such moderns as George Gordon, Lord Byron; Victor Hugo; and Alphonse de Lamartine.

Shortly after his arrival in Paris, Dumas began an affair with Marie-Catherine-Laure Labay, a seamstress, who bore him a son on July 27, 1824 (the son was also to become a famous writer, Alexandre Dumas, fils). In 1830, Dumas began an affair with an actress, Bell Krelsamer, who bore him a daughter, Marie-Alexandrine, in 1831. By this time Dumas had become a famous playwright.

A minor theatrical success in 1825 had given Dumas all the encouragement he needed to pursue a career in the theater. With Leuven and P.-J. Rousseau he wrote La Chasse et l’amour (hunting and love), and this piece was produced on September 22 at the Théâtre de l’Ambigu-Comique. Before the end of 1826, he had another work on the stage, La Noce et l’enterrement (the wedding and the burial), which had a run of forty performances.

In the next two years, Dumas staged nothing, but he learned much. He thrilled to the performances of plays by William Shakespeare given in 1827-1828 by a traveling troupe of English actors, including Edmund Kean (whom Dumas would later make the hero of one of his plays). Also, Dumas met Charles Nodier, who invited him to his salon; there the young Dumas met the great figures of the French Romantic movement—Hugo and Lamartine, Honoré de Balzac, Alfred de Musset, Prosper Mérimée, Alfred de Vigny, Eugène Delacroix, and others. He met them and he became...