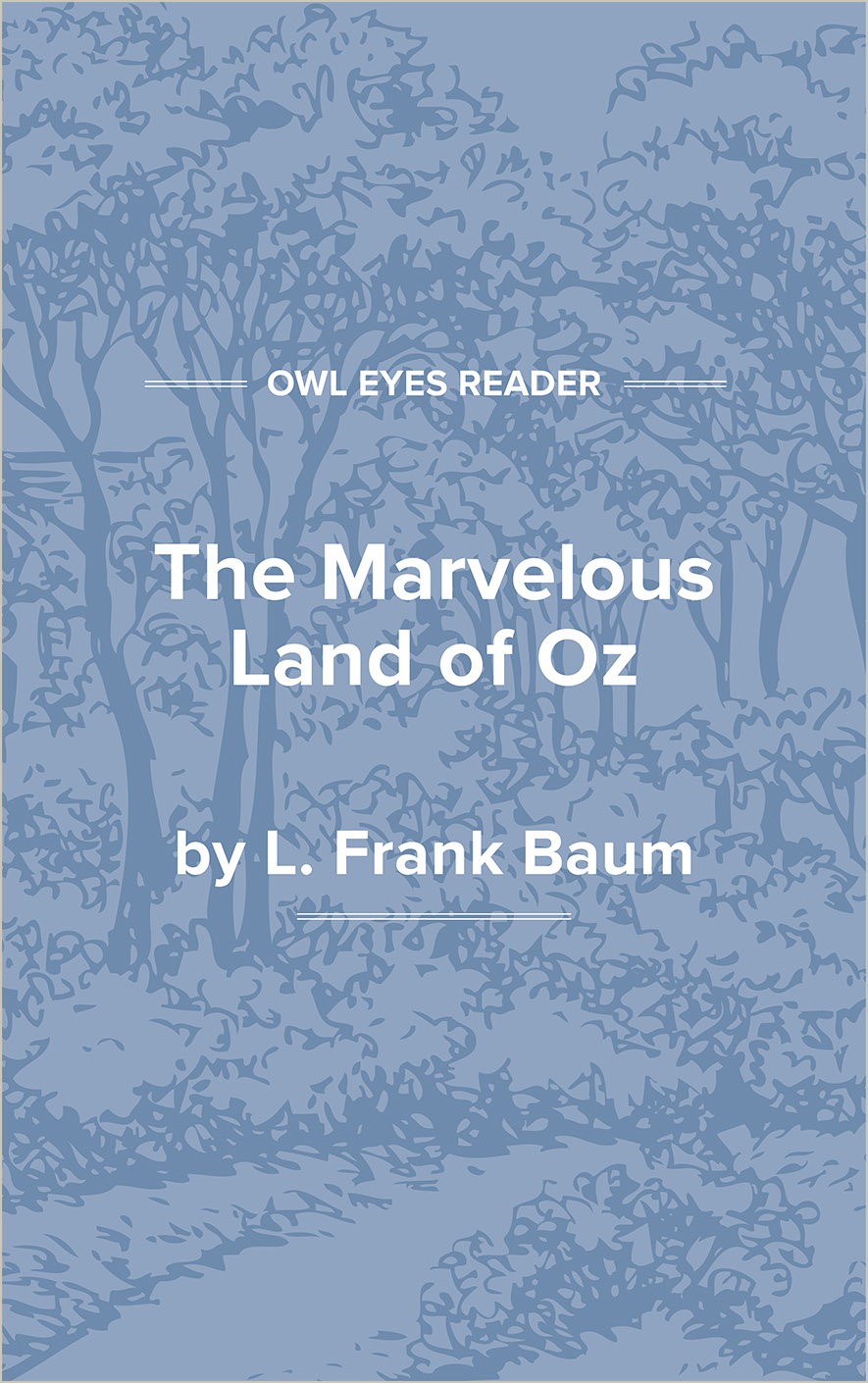 The Marvelous Land of Oz

In the Country of the Gillikins, which is at the North of the Land of Oz, lived a youth called Tip. There was more to his name than that, for old Mombi often declared that his whole name was Tippetarius; but no one was expected to say such a long word when "Tip" would do just as well. This boy remembered nothing of his parents, for he had been brought when quite young to be reared by the old woman known as Mombi, whose reputation, I am sorry to say, was none of the best. For the Gillikin people had reason to suspect her of indulging in magical arts, and therefore hesitated to associate with her. Mombi was not exactly a Witch, because the Good Witch who ruled that part of the Land of Oz had forbidden any other Witch to exist in her dominions. So Tip's guardian, however much she might aspire to working magic, realized it was unlawful to be more than a Sorceress, or at most a Wizardess. Tip was made to carry wood from the forest, that the old woman might boil her pot. He also worked in the corn-fields, hoeing and husking; and he fed the pigs and milked the four-horned cow that was Mombi's especial pride.