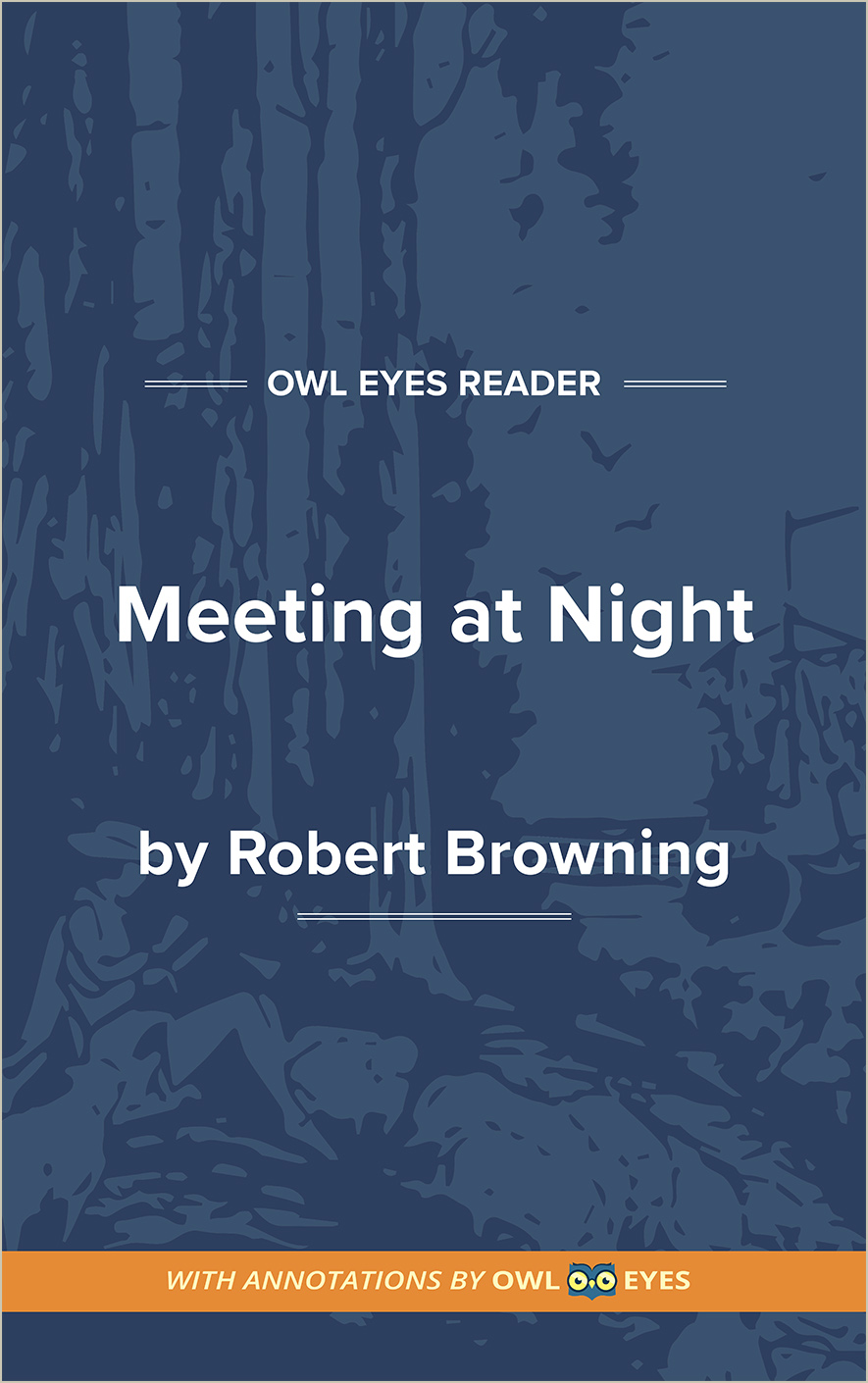 Victorian poet Robert Browning published the original version of “Meeting at Night” in 1845. A third section in the original text was later published as a separate companion poem, “Parting at Morning.” Like much Victorian poetry, “Meeting at Night” features vivid imagery, especially in its descriptions of nature; it does not, however, reflect the strict moral code and social conventions of the Victorian era. Instead, the poem concerns a clandestine meeting, which it describes in sensual language that suggests sexual intimacy. Romantic in atmosphere and tone, “Meeting at Night” depicts love and desire as compelling and irresistible.