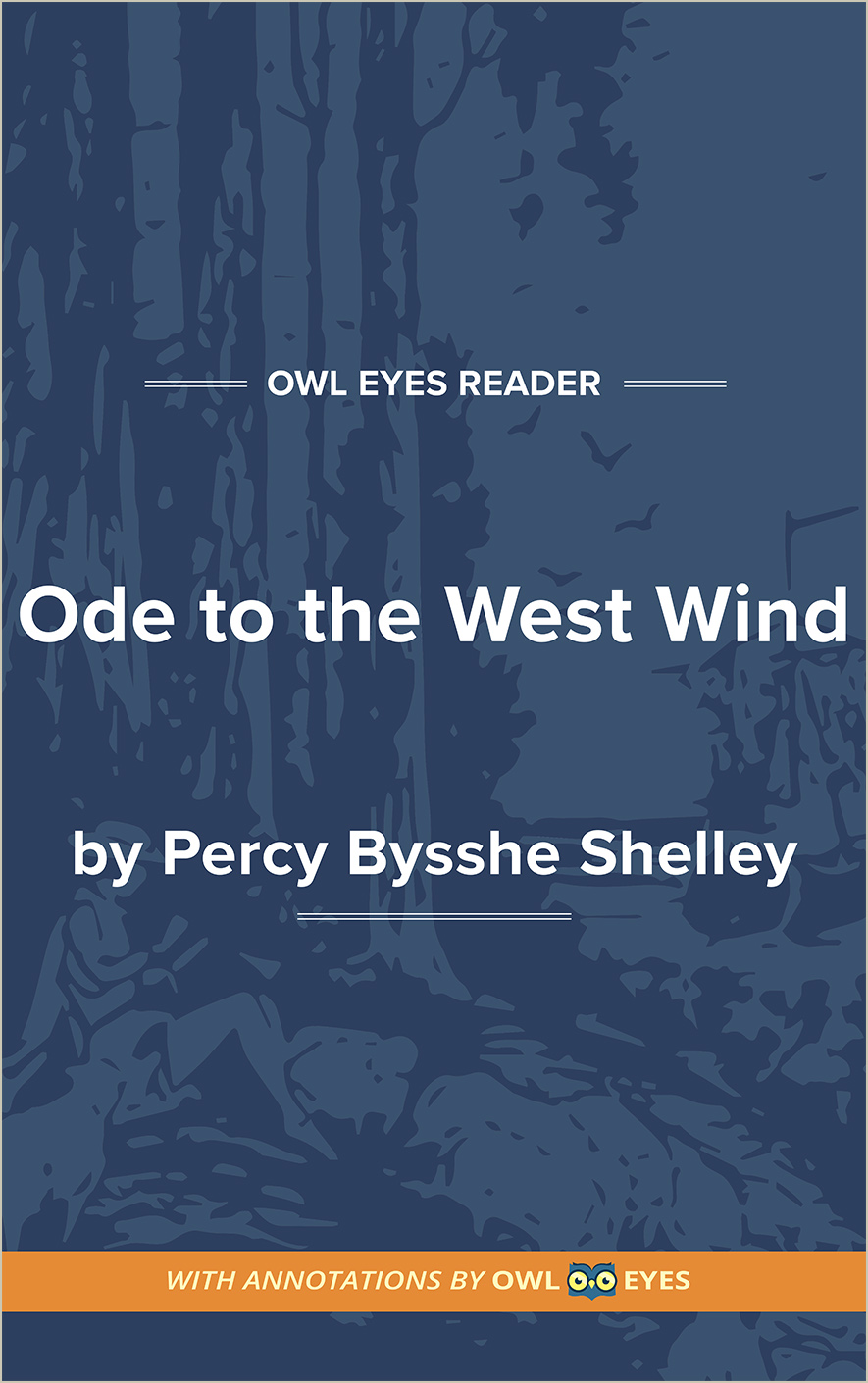 In “Ode to the West Wind,” Shelley defies the remote, impersonal character of the unseen Power behind Nature and strives to establish a personal relationship with it. The poem manages to reconcile the poet’s terrific emotional intensity with the elegant, even stately formal pattern of the regular Horatian ode. Using heroic meter (iambic pentameter) throughout, Shelley made each of the five stanzas into a sonnet with four terza-rima tercets and a closing couplet. The poetical effect is rather unlike that of the usual sonnet. Shelley’s interlocking rhymes sweep a reader along like gusts of wind, and the couplet pounds its message home with direct clarity and force.

The first three stanzas, addressed to the wild west wind, praise its irresistible power, marking its effects on all things in nature: clouds in the air, waves on the sea, leaves in the forest, even “the oozy woods which wear the sapless foliage of the ocean.” Poets usually address the mild, warm winds of Spring that bring nature to life, but Shelley confronts the cold, wild “breath of Autumn’s being,” which acts as both destroyer and preserver. The hidden Power behind Nature is not always friendly to humankind. The morality or immorality of its operations may not be discernible. Thus, the poet stands, appropriately, in awe of it. Each of the first three stanzas ends with a plea for the wind to take heed and hear the poet’s prayer.

The fourth stanza turns introspective. The poet wonders whether he might be used as the leaves have been, tossed about and left for dead by the indifferent force. He humbles himself, admitting that his powers have faded since boyhood, when

I would ne’er have strivenAs thus with thee in prayer in my sore need.Oh, lift me as a wave, a leaf, a cloud! I fall upon the thorns of life! I...