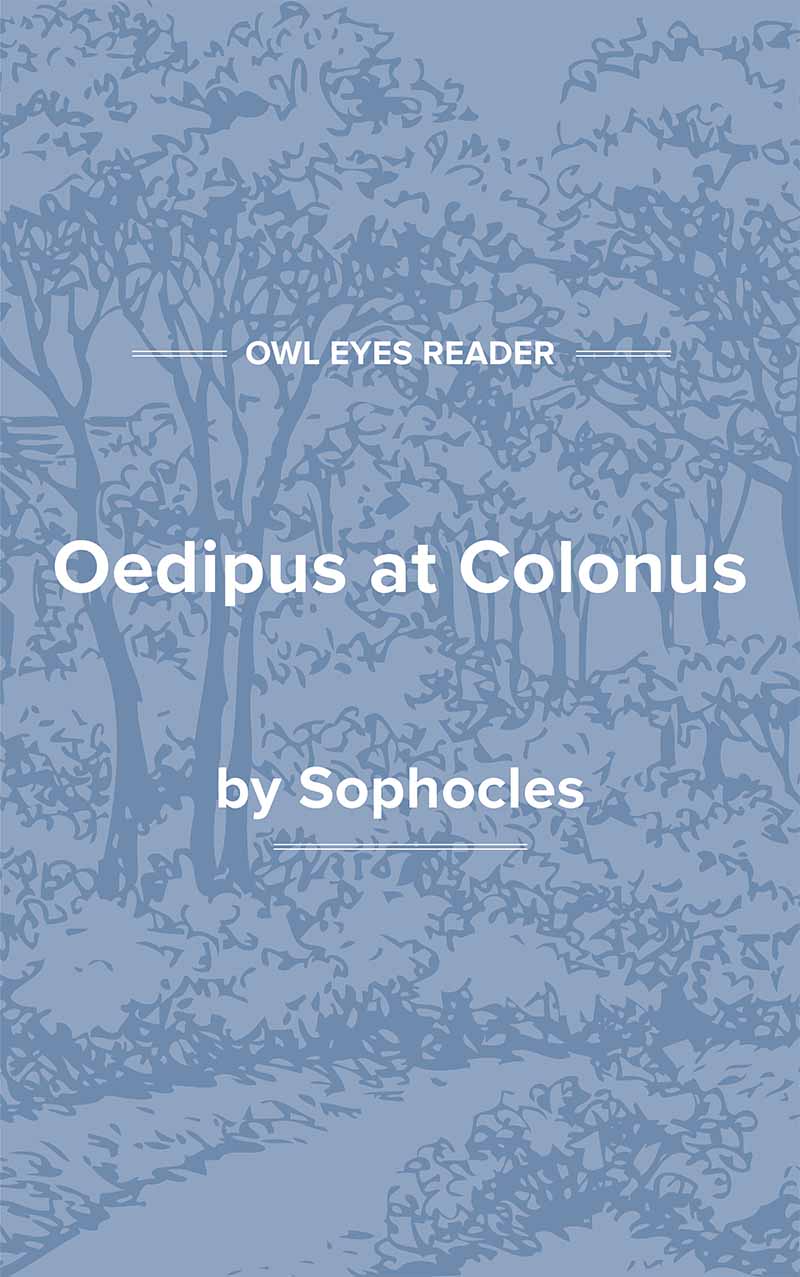 Oedipus at Colonus was written in 406 b.c.e., shortly before Sophocles’ death, and was not performed until five years later. Since the play dates to about forty years after the Antigone and more than twenty years after Oedipus Tyrannus, it is not surprising that the figures of Creon, Antigone, and even Oedipus himself seem somewhat different from Sophocles’ earlier presentation of them. Creon, in particular, is wholly unlike his depiction in the other two plays. The Creon of Antigone was stubborn and mistaken but he did, at least, attempt to do what was right as he understood it. The Creon of Oedipus Tyrannus was patient and reasonable, a minor character who was completely sympathetic during his brief appearance on the stage. In Oedipus at Colonus, Creon is pure evil; his function is to provide a villainous foil for Oedipus and Theseus, and that he does to perfection.

Creon’s role as the stereotypical villain in this work makes Oedipus at Colonus, like Electra, seem more like a melodrama than a tragedy in structure. For example, there is in this work no fall of a noble character to a more humble position, no reversal of fortune from good to evil, no “tragic flaw.” Indeed, by the end of the play Oedipus is elevated from poverty to heroic status and will be worshiped even among the gods after his death. Yet it must be remembered that Greek tragedy did not always adhere to the general outline that Aristotle described. It must be remembered, too, that Aristotle wrote the De poetica (c. 334-323 b.c.e.; Poetics, 1705) more than half a century after the death of Sophocles. To force Oedipus at Colonus to fit Aristotle’s form of the “perfect tragedy” would damage the work. One of the great appeals of the Oedipus at Colonus is that its structure is so unlike that of any other tragedy.

Oedipus at Colonus was Sophocles’ final homage to the district in which he was born and to that area’s most famous hero. Written in a period when Athens was already losing the Peloponnesian War to the Spartans, this play reminds the Athenians of their own glorious past and of the hero who protected them. In the tragedy’s most famous ode (lines 668-719), Sophocles...