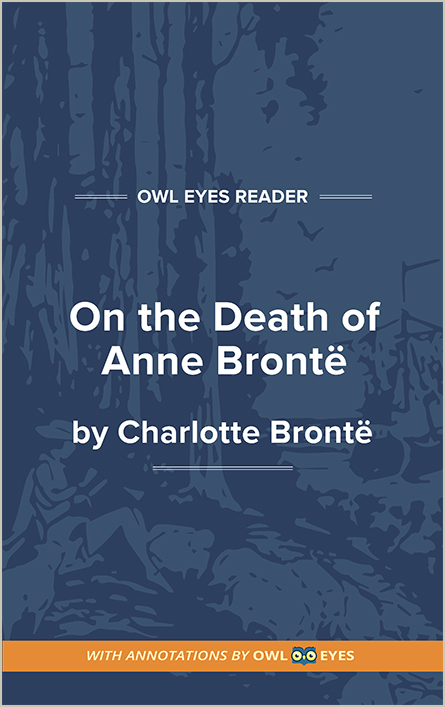 Rhetorical Devices in On the Death of Anne Bronte

Rhetorical Devices Examples in On the Death of Anne Bronte:

From the title of the poem, we know that the “one I would have died to save” is the poet’s sister. However, Bronte’s speaker does not directly state that the dying person in the poem is her sister, which allows for ambiguity in the poem. If the lines are not expressly about this specific death, then the audience can connect their own experiences or emotions to the poems.