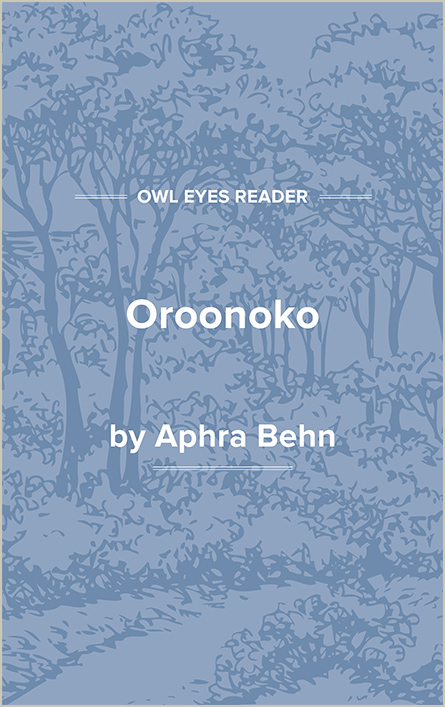 Although the details surrounding the life of Aphra Behn have at least become stabilized, they have not always been clear. Her earliest biographer, the poet Charles Gildon (1665-1724), maintained that she was born at Canterbury, in Kent, the daughter of a man named Johnson. In 1884, however, Edmund Gosse discovered a marginal note in a manuscript belonging to the poet Anne Finch, countess of Winchelsea (1661-1720), revealing that Behn had been born at Wye, near Canterbury, the daughter of a barber—which John Johnson certainly was not. The countess’s note receives support from an entry in the parish register of the Saints Gregory and Martin Church, Wye, to the effect that Ayfara Amis, daughter of John and Amy Amis, was baptized there on July 10, 1640. Apparently Johnson, related to Lord Francis Willoughby of Parham, adopted the girl, although no one seems certain of the exact year. Nevertheless, Ayfara Amis accompanied her stepparents on a journey to Surinam (later Dutch Guiana) in 1658, Lord Willoughby having appointed Johnson to serve as deputy governor of his extensive holdings there. Unfortunately, the new deputy died on the voyage; his widow and children proceeded to Surinam and took up residence at St. John’s, one of Willoughby’s plantations. The exact length of their stay has yet to be determined; later biographers, though, have settled upon the summer of 1663 as the most probable date of return. The family’s tenure at St. John’s forms the background of Behn’s most celebrated production, her novel Oroonoko.

By 1665, the young woman was established in London, married to a wealthy Dutch merchant (or at least a merchant of Dutch ancestry) who may well have had connections in or around the court of Charles II. In 1665 came the Great Plague and the death of Behn’s husband; his death proved disastrous for Behn. For unknown reasons, the Dutch merchant left her nothing of substance—with the possible exception of his connections at court. Charles II, in the midst of his first war against the Dutch, hired Behn as a secret agent to spy against Holland; for that purpose, she proceeded to Antwerp. There she contacted another agent, William Scott, from whom she received various pieces of military information for forwarding to London. Although her work earned her little acknowledgment and even less money, Behn did conceive of the pseudonym Astrea, the name under which she published most of her poetry. Essentially, the venture into foreign intrigue proved a dismal failure for her; she had to borrow money and pawn her few valuables to pay her debts and provide passage back to England.

Once home, early in 1667, Behn found no relief from her desperate financial situation. Her creditors threatened prison, and the government ministers who had employed her refused any payment for espionage service rendered. Prison followed, most probably at Caronne House, South Lambeth, although again the specifics of time and length of term are lacking. Behn’s later biographers speculate that she may have been aided in her release by John Hoyle (died 1692)—a lawyer of Gray’s Inn, a wit, an intellectual, and bisexual, the principal subject and reason for Behn’s sonnets, and the man with whom the writer carried on a long romance. In fact, Hoyle, to whom she refers often in her poems, is the only one of Behn’s supposed lovers who can be identified with any certainty. When she finally gained her release from prison, she determined to dedicate the rest of her life to pleasure and to letters and to trust her own devices rather than to rely upon others whom she could not trust.

Behn launched her career as a dramatist in late December, 1670, at the New Duke’s Theatre in Little Lincoln’s Inn Fields, London. Her tragicomedy, The Forced Marriage: Or, The Jealous Bridegroom (pr. 1670), ran for six nights and included in the cast nineteen-year-old Thomas Otway, the playwright-to-be only recently in London from Christ Church, Oxford. The neophyte...