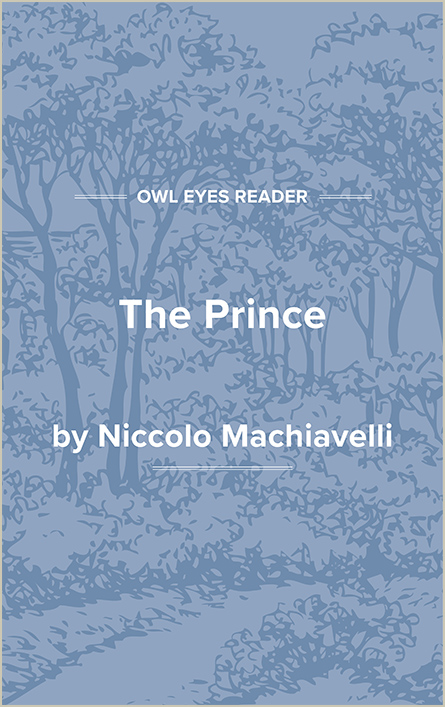 ALL THE STATES and Governments by which men are or ever have been ruled, have been and are either Republics or Princedoms. Princedoms are either hereditary, in which the sovereignty is derived through an ancient line of ancestors, or they are new. New Princedoms are either wholly new, as that of Milan to Francesco Sforza; or they are like limbs joined on to the hereditary possessions of the Prince who acquires them, as the Kingdom of Naples to the dominions of the King of Spain. The States thus acquired have either been used to live under a Prince or have been free; and he who acquires them does so either by his own arms or by the arms of others, and either by good fortune or by merit.