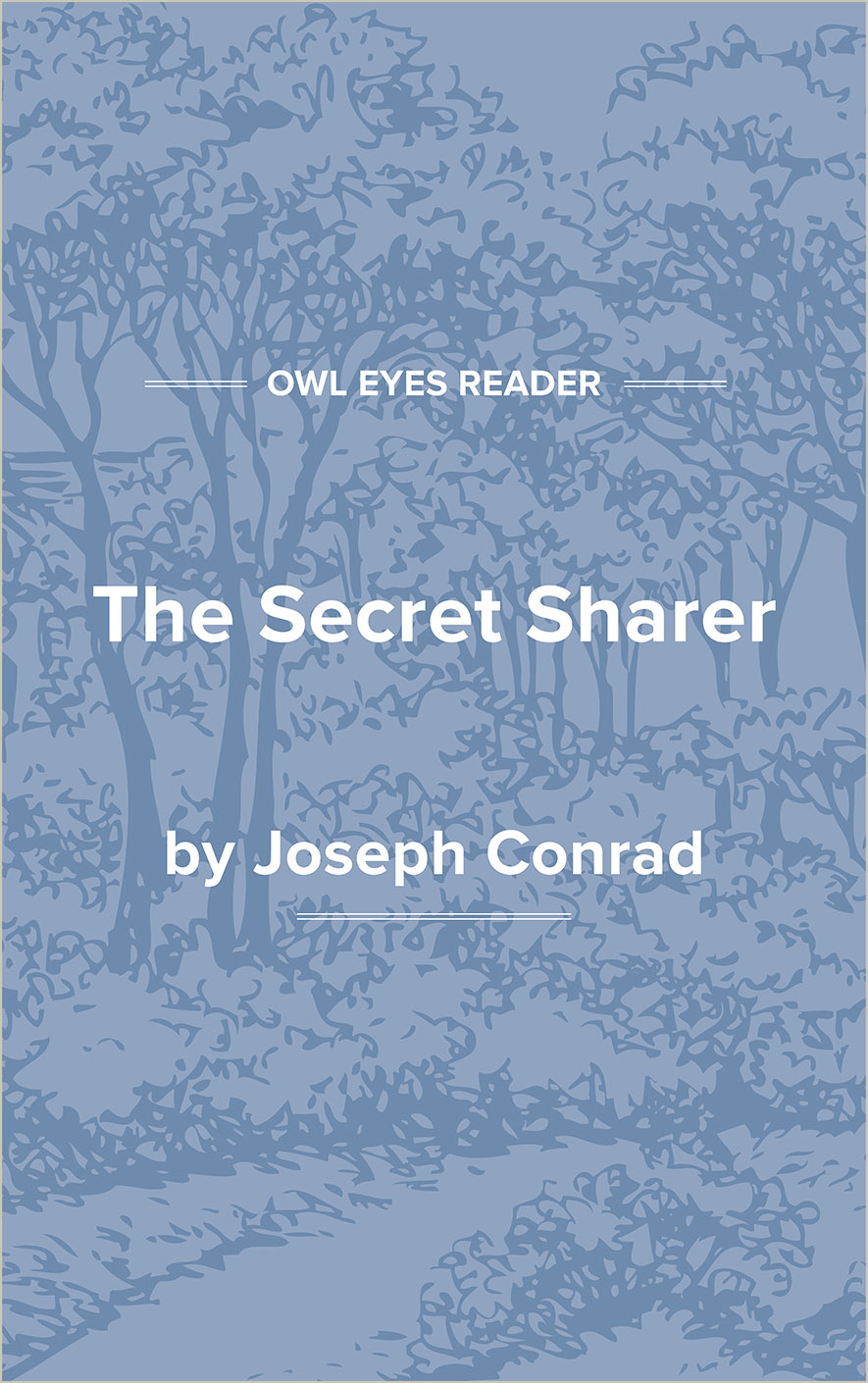 On my right hand there were lines of fishing stakes resembling a mysterious system of half-submerged bamboo fences, incomprehensible in its division of the domain of tropical fishes, and crazy of aspect as if abandoned forever by some nomad tribe of fishermen now gone to the other end of the ocean; for there was no sign of human habitation as far as the eye could reach. To the left a group of barren islets, suggesting ruins of stone walls, towers, and blockhouses, had its foundations set in a blue sea that itself looked solid, so still and stable did it lie below my feet; even the track of light from the westering sun shone smoothly, without that animated glitter which tells of an imperceptible ripple. And when I turned my head to take a parting glance at the tug which had just left us anchored outside the bar, I saw the straight line of the flat shore joined to the stable sea, edge to edge, with a perfect and unmarked closeness, in one leveled floor half brown, half blue under the enormous dome of the sky.