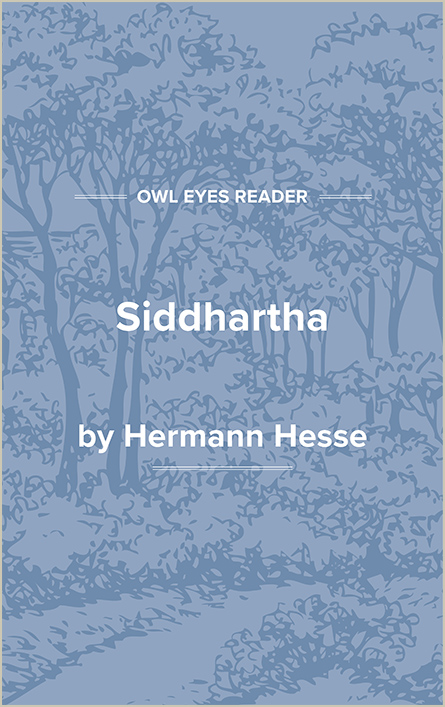 SIDDHARTHA, the handsome son of the Brahmin, the young falcon, grew up together with his friend Govinda, the Brahmin's son, in the shadow of the house, in the sun of the riverbank near the boats, in the shadow of the sala forest, and in the shadow of the fig trees. The sun tanned his fair shoulders on the riverbank while he bathed, during the holy cleansing, at the holy sacrifices. Shadows flowed into his black eyes in the mango grove, during the boyish games, when his mother sang, at the holy sacrifices, during the teaching of his father the scholar, and when speaking with the wise ones. For a long time Siddhartha had taken part in the wise ones' discussions; he had practiced word-wrestling with Govinda, had practiced the art of contemplation and the duty of meditation with Govinda. He already understood how to speak the “Om” silently, that word of words, how to speak it silently in his inner being as he inhaled, how to pronounce it silently out of himself as he exhaled, how to do so with his whole soul while his forehead was enveloped by the radiance of the clear-thinking mind. He already understood how to recognize Atman within this inner essence of his that was indestructible and one with the universe. Joy sprang up in his father's heart over the son who was so apt to learn and so thirsty after knowledge; he saw growing within him a great sage and priest, a prince among the Brahmins.